What No One Tells You About TV Advertisements 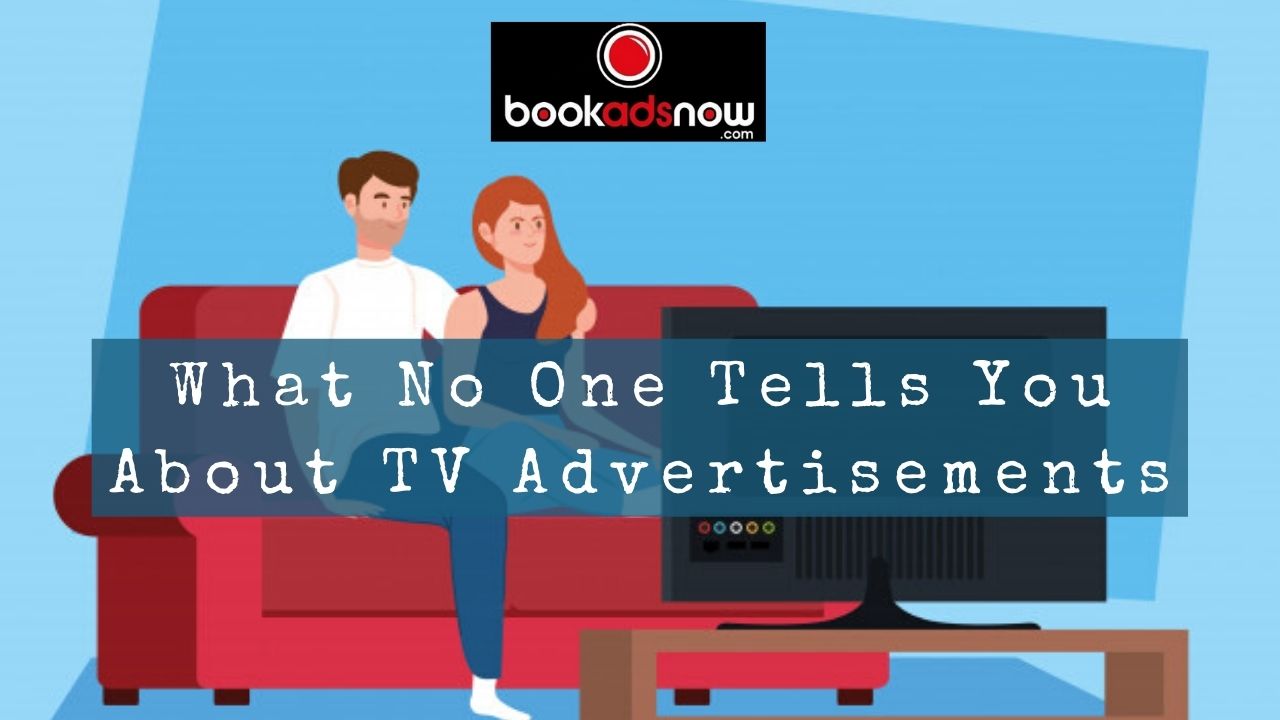 Back in the day, media planners and advertisers had a very simple format when it came to planning a television advertisement. The bandwidth of television ranged between 3-5 stations. Then cable and satellite came into form. It's not that long ago where we could find cable networks in more than 85% of houses.

People are still avid viewers of television, which is why the form still enjoys a strong preference among advertisers. But where does the main difference lie between one viewer and another? Well, it's the way he/she responds to the ad which brings newer challenges into media planning and advertising via TV.

While making sure that this form of advertising is the most effective one, a list of diverse questions arise in our minds.

Where Google and Facebook account for almost 20% of the total ad revenue, television advertisements have been abandoned in the United States. Ironically when it comes to India’s turn, both Google, as well as Facebook, are spending a huge lump-sum on television ads to promote their products. Although the digital medium of advertising might consider this to be a short-term transient phenomenon, Indian television advertising is far from undead.

We’ve probably heard this a million times: “This brand ad comes on tv, this is definitely a good brand”. Although television ads tend to hold a big budget, they help build strong credibility and preference among those on other platforms.

Be it YouTube or Facebook, you’ll find that there are many other mediums of advertising. Although these seem to be superior in terms of targeting and personalising, they are perceived to be less reliable and credible. However, television ads pose some challenges that leave several advertisers wondering: Which is the best format?

In order to answer that question, here are a few formats of advertising over the television: broadcast, cable and OTT streaming.

What are Broadcast Advertisements?

Broadcast television remains the original mode of watching programmes, many advertising firms believe that they are being replaced by paid correlatives, like Zee tv ads for cheaper rates.

Broadcast stations allow advertisements to reach each and every home, making every place a brand-safe environment. From an advertising point of view, about 99% of viewers hold access to broadcast channels, targeting TV shows of several age groups and focussing over a large demographic area.

Local cable televisions, on the other hand, are a bit different from broadcast televisions broadcasting over a smaller area. ‘Linear Cable’ allows you to filter networks according to the types of advertisements they showcase. About 60-65% of houses still own a cable connection despite the recent decline. For example, if your audience is aged, report reading types, you might choose to run your advertisements on channels like ABP Ananda Bangla News.

Since these channels are filtered to attract the eyes of only those viewers who seek interest, it is always necessary to make sure you have in mind which group of people you want to share your advertisements with. This is one of the main reasons why cable TV ads seem to be less of a buck compared to broadcast advertisements.

This new method brings advertising to a whole new different level, allowing advertisers to reach its viewers (target) who are streaming their content over the internet or via a connected television device that bypasses through a cable box.

This innovative advertising technique targets affluent households and the youth who spend time scrolling over channels and shifting from one television ad to another.

OTT’s tend to be more robust when compared to cable and broadcast advertising. It holds a strong ability to target broad marketing areas as well as an in-depth demographic and psychological market ( gender, age, education, household and general lifestyle interest).

Just like other matters in marketing, television ads are evolving over time. New targeting strategies are being introduced. As newer options continue to evolve over time, several viewers explore different ways of viewing video content to integrate their media plans and educate their viewers with their products and brands.

There may be times when there is only one advertising option available to use, but it’s always necessary to consider all other methods of advertising as well to make the most of your ad spends.

And if in any case of confusion, we at Bookadsnow are always available for assistance. Reach out to us and let’s make the most of your television advertising adventures!