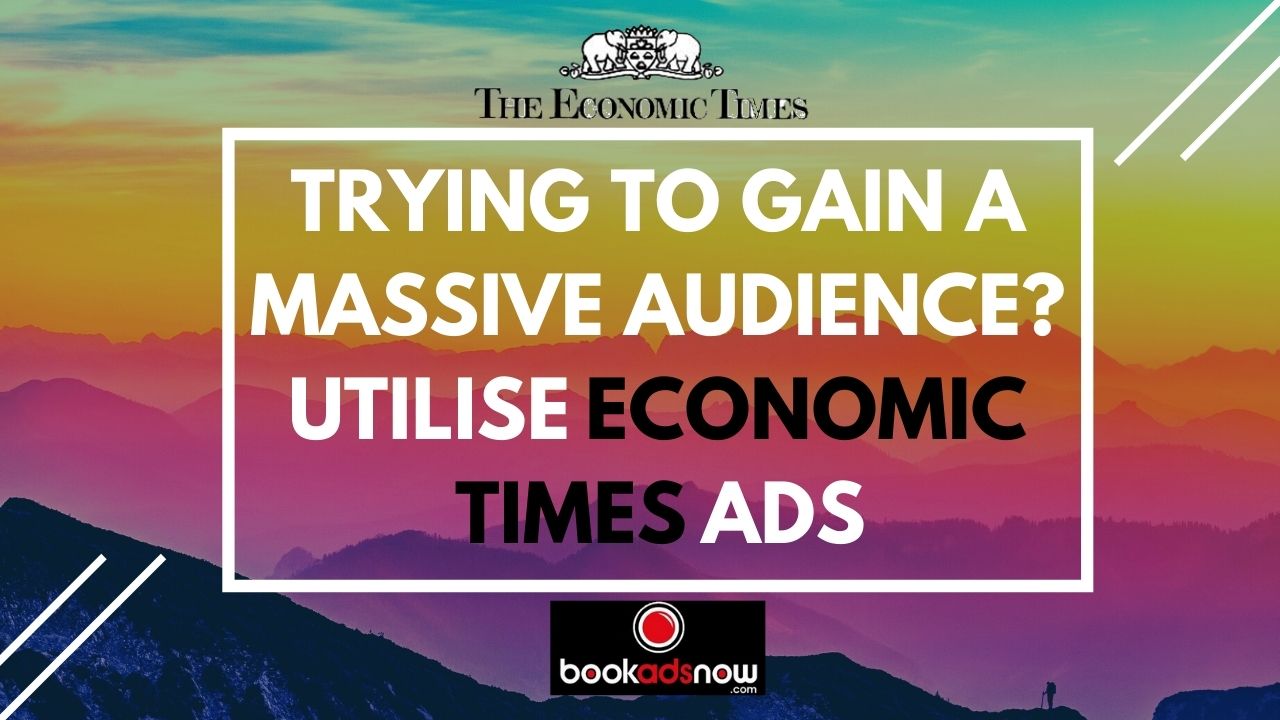 Newspapers have always been around as major sources of information to the common man. Stories from around the globe are portrayed along with local news and happenings. These come in objective and in-depth formats while shedding some light on topics like sports and entertainment.

But that’s just a newspaper in general.

Unlike the regular daily, a financial newspaper allows you to improve your commercial awareness with a focus on the business side of the economy. As many know, stock markets are dynamic and price fluctuations aren’t uncommon at all. Moreover, corporates also need to stay updated with news on matters such as:

It’s important for many to keep up with topics such as these and you’ll find that the Economic Times is the right way to do so. Giving audiences the latest in business, economic and political news, it is also synonymously termed as India’s leading financial daily. In case that’s not enough, it’s the only financial daily to find its way into the country’s top 10 list of newspapers!

Did you know that it is also actually towers above its competitors? Where Mint and Hindu Business Line enjoy an AIR of 239,000 and 148,000, an Economic Times advertisement benefits from 882,000 in the financial news space. So why not take the opportunity and advertise here to gain a strong following?

Here’s why it’s a wise move to release an Economic Times ads.

The Economic Times: Why Choose to Advertise Here?

Bennett Coleman and Company are popularly known as the Times Group. In case you haven’t guessed it, they are the owners of well-known newspapers in India like The Times of India and Ei Samay. And of course, The Economic Times.

Against this backdrop, it’s only natural that an Economic Times advertisement would be a success! After all, TOI has been showcased the largest circulation among all English language newspapers across the globe! Yes, this has been officially confirmed by the Audit Bureau of Circulations in 2020.

As for ET, it enjoys preference as the second read business newspaper worldwide!

The preference of Economic Times ads comes from the newspaper’s ability to easily reach several parts of India. Reaching popular towns and cities, it proves its usefulness to advertisers looking to target the following places: Lucknow, Chandigarh, Hyderabad, Bangalore, Indore, Ahmedabad, Kolkata and many more.

Understanding what readers most value in a financial daily, this publication brings vital topics like international finance, prices of commodities and share prices under one huge roof. Hence, releasing display classified ads here are sure to bring the visibility and awareness you seek.

Superb statistics to its name

This newspaper also has splendid figures that attest to its strong popularity as a daily. Advertisers choose an Economic Times advertisement because of its total circulation of 377,789 copies plus healthy readership of 2.8 lakhs. Imagine these benefits added on to your business!

If there’s anything you can count on, it’s definitely choosing this newspaper for your business. And if it’s about the best advertising rates and making the most out of your budget, you must definitely choose Bookadsnow! Serving countless brands and advertisers over its successful 30 years of existence, it has always been the first choice when it comes to newspaper advertising in India.

Whether a recruitment or notice advertisement, Bookadsnow brings great benefits like:

So if it’s about newspaper advertising, you know where we are!

Pick up the phone and let’s get in touch today!