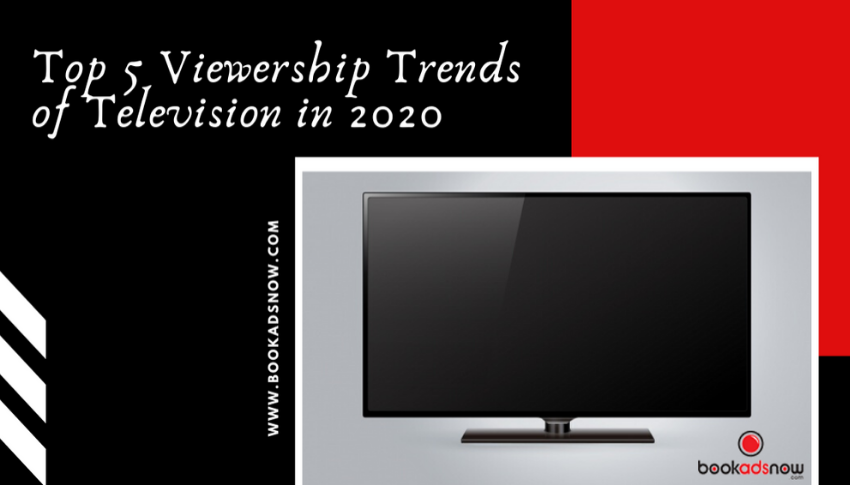 The nation is well aware that the 21-day lockdown commenced with the Prime Minister’s address on 24th March. However, what many don’t know is that it was the biggest event on Indian television to date. Garnering a whopping 197 million views, this is even higher than the most-viewed IPL game of 137 million.

Television has always been a major source of information for the masses. However, the lockdown has amplified its presence. As per BARC statistics, the average daily reach grew from 520 million to 622 million – which means that there are 622 million viewers watching TV regularly for a period of 4 hrs and 40 minutes.

Hence, it’s safe to say that the overall TV viewing time has gone up by leaps and bounds during this period while certain viewership patterns have come into existence.

Here’s a list of the major viewership trends of television that one can find.

As shooting comes to a halt, television channels are turning to revive old hits and classics such as "Ramayana", "Kasam Se", "Kumkum Bhagya" and "Bigg Boss" among others. In fact, DD’s reintroduction of Ramayana has recorded a 135% reach during weekday morning slots, which is the highest in any genre. Similarly, Colours has filled their evening slots by bringing back shows like "Belan Wali Bahu" and "Dil Se Dil Tak" Hence, the lack of fresh content has propelled the return of favourites among audiences.

The need for prompt, reliable information has led to a steady rise in news consumption on television during this time. With the circulation of newspapers on hold, the share of news to total TV rose from 7% to 21%. At the same time, there has also been a 57% increase in impressions. So whether you release an Aaj Tak advertisement or ads in the Zee News channel or ABP News channel, this is truly the best time to reach out to your audiences.

Increase in popularity of kids channels

Another visible trend that should be pointed out is a surge in popularity in kids channels. While schools and educational institutions are closed down, there has been a rise in viewership numbers. This is even more significant during non-primetime hours. Maximum viewership for kids channels is generated at about 10 am – 12 pm. Keeping this situation in mind, parents are also enrolling their children into platforms such as Byju’s to make full use of the lockdown period.

The decline in the viewers of sports segments

With ‘Stay at home’ being the new mantra of today, it’s no surprise that various sectors and businesses have taken a direct hit. One of these is undoubtedly the sports segment. The global cancellation of events and games has consequently recorded a huge plunge in viewership. In fact, it has also disrupted the sporting calendar with regards to several events being either pushed back or cancelled. As per recent statistics, a 28% drop brings out its loss in popularity.

On a general note, TV ads were often seen as intrusive or disturbing while viewing a programme. However, ads during this time are more informational about safety precautions and health-related concerns. In fact, some actually look forward to them. The need of the hour is helpful information and not just the promotion of products and services. Hence, there has been a slight shift in focus behind the intention behind adverting during this lockdown period.

As you can see, brands are more conscious than ever in light of this situation. Being a global pandemic, there is more thought given to social matters and personal safety? Hence, a TV advertisement is so much more than just pushing products and services. Some act as a ray of hope at a time when much of it is needed. While the people around the world are now captive audiences, it is the right time to take advantage of TV advertising and strive towards a higher purpose.