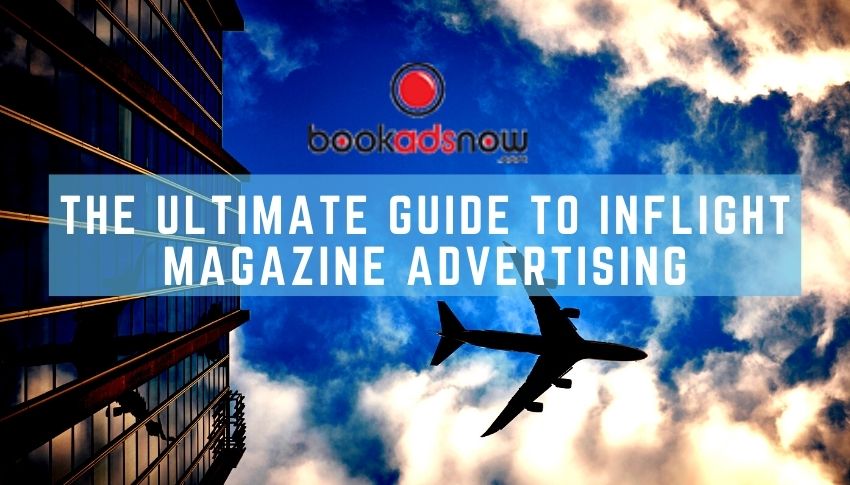 As the electronic devices go off, the advertising opportunities begin to unfold.

As you find yourself high up in the sky, a few changes tend to happen. On one hand, boredom creeps in and there comes a point where you just cannot stare at the ceiling any longer. On the other, you’ll realise the presence of inflight magazine advertising.

And that’s when you think, ‘Hey! Why not check out the inflight magazine in front of me?’

In fact, there are some who actually look forward to it since it provides useful and relevant information about the destination they are flying to.

Compared to the inflight advertising costs, did you know that the recall rate of this form of advertising is more than 80%? At the same time, it also generates an increase in purchase intent by about 35 % in contrast to other advertising strategies.

So why wait! Let’s get right into it!

What are the secrets behind the success of this form of advertising?

It’s a bird. It’s a plane. No, it’s in-flight advertising!

Switch off your devices. Fasten your seat belts. Prepare for takeoff. And that’s how it begins, for both travellers as well as advertisers.

Rightfully called a traveller’s true companion, the success of inflight magazine advertising stems from the concentration and focus that comes from the inability to exit the aircraft. This ensures high brand recall as it becomes embedded into the flying experience itself!

Advertisers pay in heaps for a 30-second ad spot on television or even a newspaper ad that stands out on the front page. All for the sake of viewership. But what about the fleeting messages that only last a day? Did your efforts really pay off?

Inflight advertising costs arent that exorbitant (especially with Bookadsnow). You can capture the attention of a variety of audiences while your brand messages outlast the usual 24 hours of other mediums.

The feel of print comes second to none. The touch and feel of the paper is a sort of reassurance that the content you see truly exists. In fact, people actually read magazines and newspapers rather than the digital messages that bombard users on a daily basis.

And of course, inflight magazine advertising benefits from its utility to passengers alongside the conditions that pave the way for more viewership of your advertisement.

Thousands fly from different countries and filters such as destination, routes, income, etc. can also be used to effectively reach your target audience. Hence, these types of ads reach out to individuals from various backgrounds and strata of society, successfully!

You cannot complete the flying experience without stumbling across an inflight magazine near your seat. And no, it’s not just about a way of passing time as most think.

It’s about making important arrangements while utilizing the time that would have probably been spent on a movie you could watch later. To that end, advertisers can be sure to engage and retain customers while simultaneously helping them on their road to happiness.

So while they’re reaching their destination, it’s time to make your move.

Choose inflight advertising and get a reach that goes beyond the ordinary!