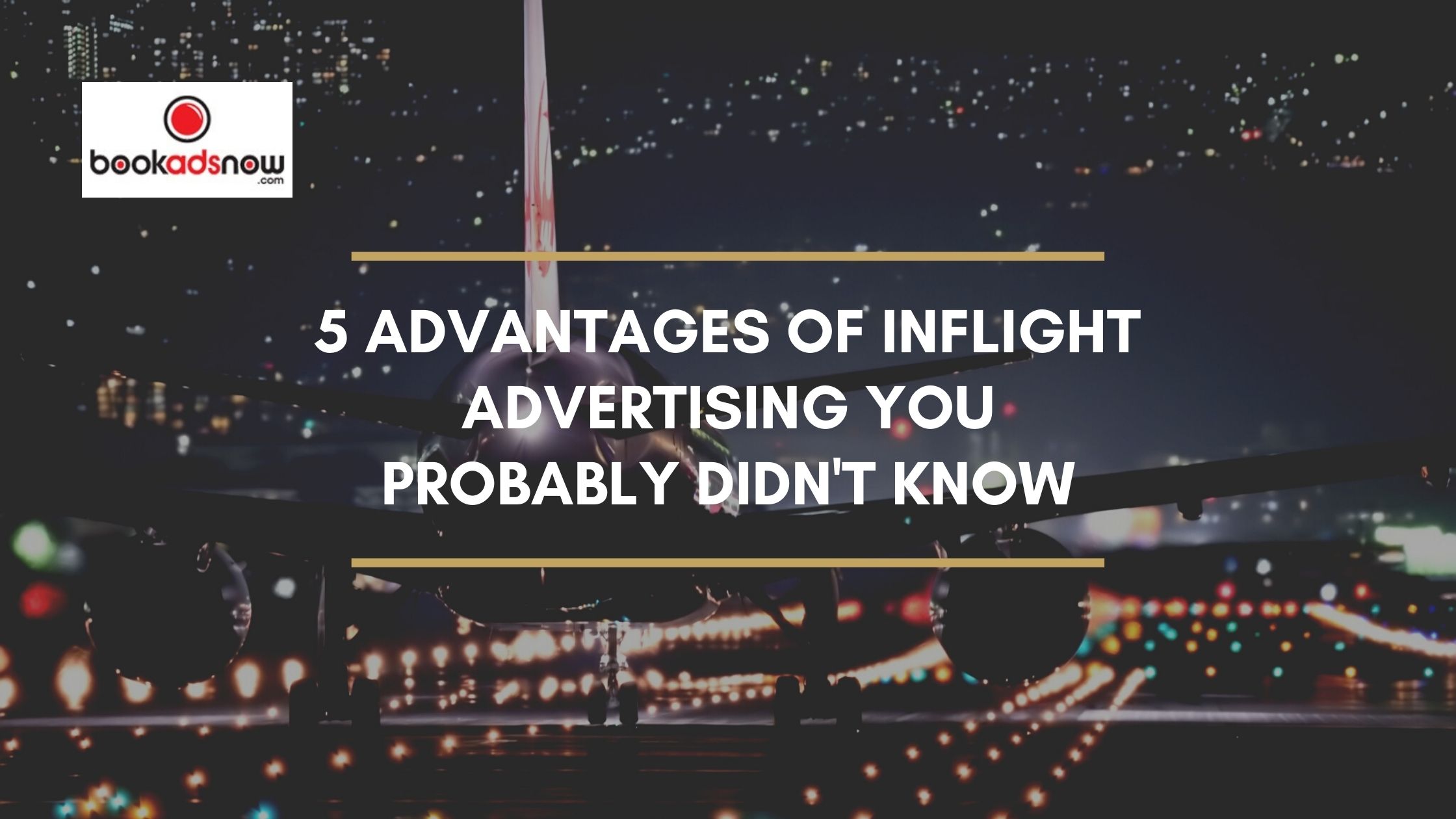 Underused and underestimated as a tool, the inflight magazine remains a lucrative media in the realm of advertising. These are often referred to as the age-old ‘flying companions’ of countless and works to enhance the entire experience. Introduced first back in 1956, it has been a staple among both passengers and airlines alike for years on end.

What’s unique about inflight advertising is its ability to transform a journey that’s 35,000 feet in the air into a bucket of prospective consumers who are more receptive and responsive in this brand-safe environment.

As they fly through the sky, this medium seeks to illuminate readers on a variety of topics: lifestyle, food, entertainment, health and other relevant issues. However, most advertisers don’t see past inflight advertising as a magazine or the possibilities it can bring in terms of ROI and viewership.

So to demonstrate this, let’s take a look at the top 5 untold advantages of using an inflight magazine.

A reach that ‘flies’ across boundaries

To some, it may seem like your average magazine on a flight. However, it is a tool that actually cuts across geographical boundaries and truly gets your word out in the open. Whether based on geographical origin, routes or destination, the possibilities of reach with inflight advertising is truly endless!

Targets people from all walks of life

Airlines include a multitude of people travelling either domestically or internationally but are unique in character. Whether by shopping habits, personal preferences or purchasing power, the inflight advertising costs bear great fruit due to the audiences that your ads can target. Hence, a single ad in a magazine here can tap on a variety of audiences with ease.

More than just a ‘plane’ advertisement

Travellers spend money while travelling but not on the ticket itself. Rather, this is divided into the pre, during and post journey stages. While advertising tends to intrusive, such is not the case with inflight advertising. In fact, it actually proves to be helpful for those visiting foreign lands and places. Where to stay, what to see, how to truly enjoy the beauty of the area – it actually ends up becoming a part of the experience itself.

Travelling by air is nonetheless a journey where people are bound to get bored at some point. While there are music and movies available, inflight magazines will turn out to be the superior advertising option. This is because it provides good information about the destination and tips, recommendations and other useful things that tourists, first-time fliers and regulars ought to know.

Compared to the inflight advertising costs, its benefits are something you might want to consider down the line.

According to a study carried out by Inadvia, 76% of respondents took inflight travellers as a desirable audience for advertising purposes.

This survey was carried out with the presence of 65 advertising stakeholders and budget decision-makers from various media agencies and technology vendors. About 95% of them praised the medium for its genuine audience, higher viewership rates and engaged mindset of audiences.

Even while the survey was conducted before the prevalence of the virus, Inadvia’s Tim Letheren holds the view that programmatic advertising will carry on the legacy of the inflight magazine. In fact, he says that the loss of the physical magazine will lead to “a loss of passenger engagement and a loss in immediate print advertising revenue.”

Such is the power of inflight advertising.