The Importance of Public Notice Ads Before Buying a Property 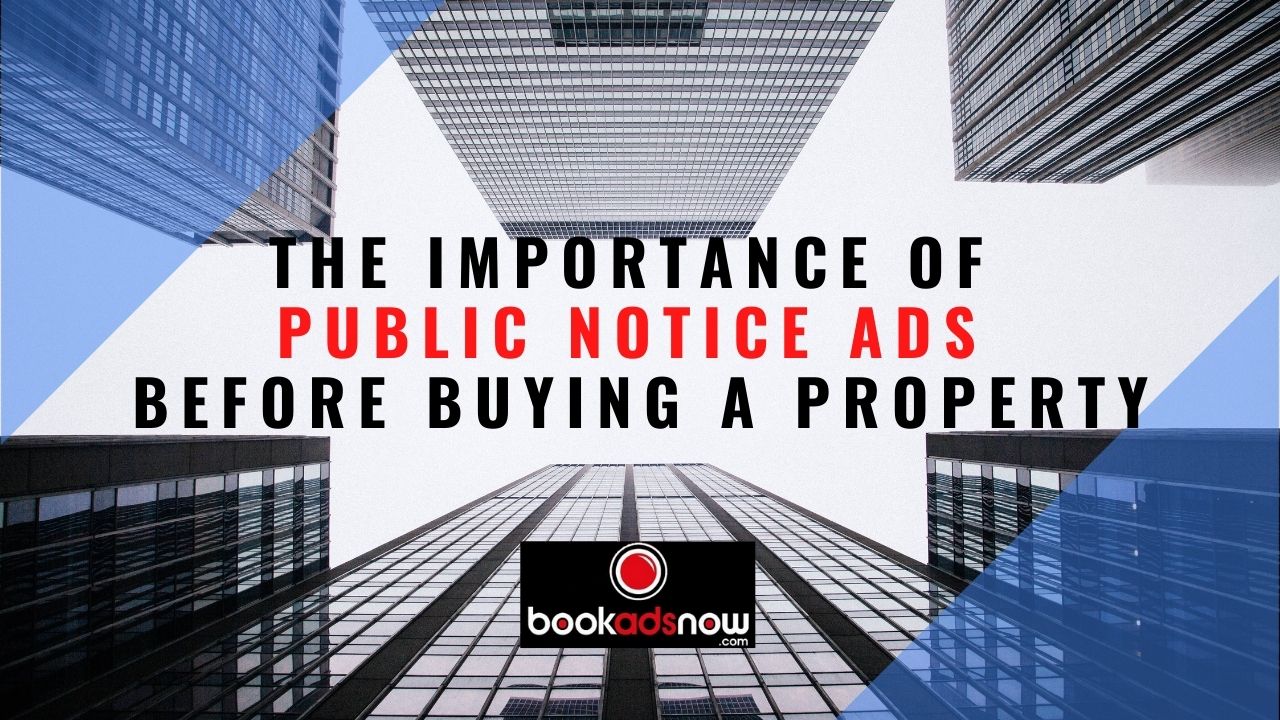 Even before newspapers came into existence, there was a concept that closely resembled today’s purpose of notice ads. Orders would be given from the King’s Court which were then distributed amongst the general public. While we now have the added advantage of booking ads and seeing our messages circulated with ease, the purpose of both fundamentally remain the same.

To notify people of matters concerning legal proceedings and changes.

But what exactly are the public notice ads you see in a newspaper?

These are a type of newspaper ad that seeks to inform audiences of legal issues and developments that are of general interest. There is no direct or subtle intention of sales or increasing demand – just relaying relevant information through the medium.

Check out this glimpse of what a public notice ad actually looks like:

Significance of Public Notice Ads in Newspapers For Property

When we’re dealing with these public notice ads in newspapers for purchase of property, you’ll find that this notice tends to play a part, legally. You should publish these in newspapers with strong circulation and it is also recommended to have these released in a few vernacular newspapers as well.

Furthermore, it must be easy to verify and should be easily accessible as evidence.

There is no clear format to follow when creating one but every vital piece of information should be present. There is no limit to its length and pictures can be included as well.

And if it’s about requirements - no, it is not a compulsory requirement as stated by law but a public notice ad should generally be released in newspapers.

Here are a few reasons why.

Why Release a Public Notice in Newspapers for Purchase of Property?

How to Get the Best Rates for Public Notice Ads

Depending on the day/date you release the ad as well as other factors such as the newspaper edition and circulation figures, you’ll find that releasing public notice ads in newspapers for purchase of property may not be as easy as you think.

Making the entire process of booking a newspaper advertisement a simple and easy affair, you can expect the best advertising rates for every national and regional newspaper you choose. This is possible due to its strong connections with media houses on a pan India level while Bookadsnow also stands as an official ad booking partner for India’s top newspapers.

So to make the most of your public notice ads in newspapers, get in touch with our media experts and get your message delivered far and wide to the right eyes.