Take Advantage of these Statistics and Book Your TV Ads Today! 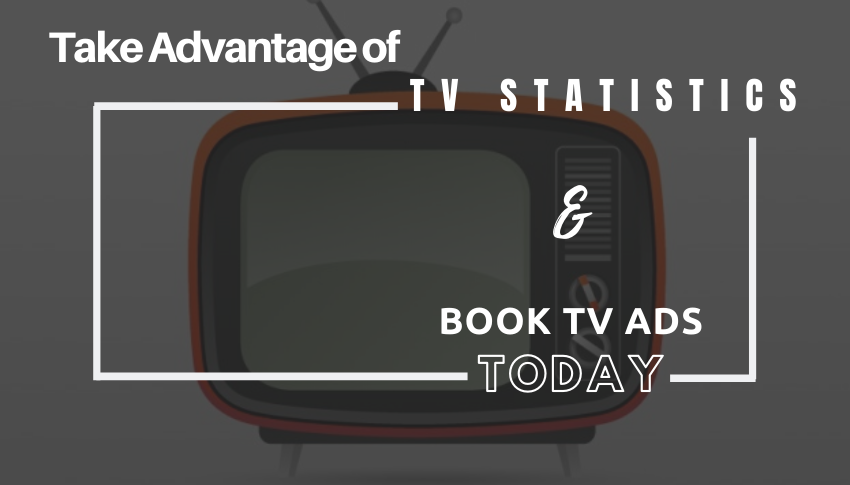 While television was introduced in the 1920s, its power was first recognized in India back in 1959. The audio-visual impact makes it a highly-effective medium for engaging audiences along with showcasing a variety of content. Television viewers also tend to be more attentive due to the combined picture and sound that easily captures attention. Similarly, it also reaches a larger audience than radio or print.

Since then, advertisers have harnessed these benefits in order to promote their own products and services. Even if an ad spot lasts for a few seconds, it has always been well worth the cost due to the massive impact it generates. Its influence has only grown with time, and this year is evidence of the same.

With the lockdown enforced, people are confined at home for their own safety and well-being. This situation though disliked by many is actually a great opportunity for advertisers. Being captive audiences in the truest sense, it is an ideal time for advertisers to use television during this period of time.

These statistics will tell you why.

Listing the Vital Facts and Figures of Television During Lockdown

Did you know that there is an increase of 62 million in average daily viewers since January? BARC data reveals that there is a jump of 11% from 560 to 622 million viewers watching television. At the same time, there has also been a 23% surge in daily viewership from 3:36 hours to 4:49 hours per day. What can also be seen is a 38% increase from 16 to 22 in the number of channels watched by a viewer per week.

Keeping these in mind, it is true that there is substantial growth across all parameters of viewing. If we dive into specifics, it is the news channels that are benefitting the most. This is because timely and accurate information is mandatory in times such as these. For instance, did you know that the Prime Minister’s speech announcing the lockdown is one of the most televised events in Indian history? Garnering about 19.7 crore viewers as per data, it beats the most-watched IPL match of 13.3 crore viewers.

In fact, releasing an Aaj Tak advertisement or a Republic TV advertisement is particularly useful owing to their high viewership figures. This is fairly evident from the fact that news grew by a whopping 298% where the share of news to total TV grew from 7% to 21%.

Besides that, kids channels have also seen a rise in viewership. Following the closure of educational institutions, children have resorted to television as can be seen from a 39% increase where non-prime time has become their prime time. The period from 9:30 to 12:30 showcases the maximum viewership of this segment. Of course, movies and infotainment have retained their own importance with a growth of 56% and 63% respectively.

What’s also interesting during this period is the fact many entertainment channels are introducing reruns of popular shows to counter the halt in shooting and production. Colours TV has been involved in airing reruns of the popular Bigg Boss. Sony Sab has reintroduced the likes of Taarak Mehta Ka Ooltah Chashmah. This has worked well particularly for Doordarshan and its revival of classics such as Ramayana and Mahabharat. Similarly, other channels are following the same pattern to cope with these changing times.

As you can see, television viewership is at an all-time high which makes it the perfect opportunity for advertisers. Besides brand promotion and pushing products and services, it can help society to remain positive and optimistic of better times ahead. Similarly, it can also inform them of useful practices and tips. Hence, TV advertising in India is especially useful in conditions such as these.

It is truly the perfect time to book your TV ads.