What is the Best way to Release Advertisements in Colors TV? 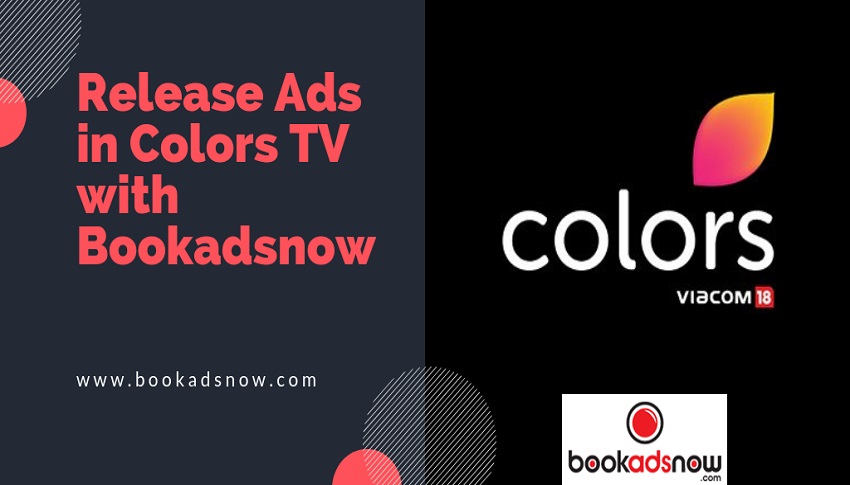 Advertising will connect you to your target customers with speed and meaning. Television advertising has a number of positives which is why we see so many advertisers gravitate towards this type of advertising.

TV advertising rates are difficult for the layman to negotiate which is why you need to find a trustworthy ad agency who will negotiate the best prices and spots on your behalf. If you are looking for an agency to help you with Colors TV advertising rates, Bookadsnow is the right choice for you.

Bookadsnow is an advertising agency with over thirty years of experience in the industry. Having handled clients like Biskfarm, Haldirams, Turtle, and J.K. Tyres you may rest assured that your company lies in the most capable of hands. Having built strong ties with the many media houses, Bookadsnow is skilled at negotiating the best Colors TV advertising rates for your campaign. Bookadsnow’s in-house media experts and policy of transparency is a great combo for customers as you are informed of every option, which one is the best option, and what the results of the negotiations were based on your decisions.

To ensure that your ad is effective, we also have services like Live TV Ad Monitoring and a comprehensive report detailing the reach and an analysis so that you gain a better understanding of the timing and positioning of your Colors TV ad and whether it succeeded in its aim.

You can easily reach our media experts by calling at 9830400021 or you can access our digital portal and book your ad from our streamlined online booking platform. However, with your best interest in mind, we suggest speaking to our agents as they will be able to negotiate better prices after gaining a thorough understanding of what it is you would like to achieve via this ad.