What is the Best Way to Advertise your business 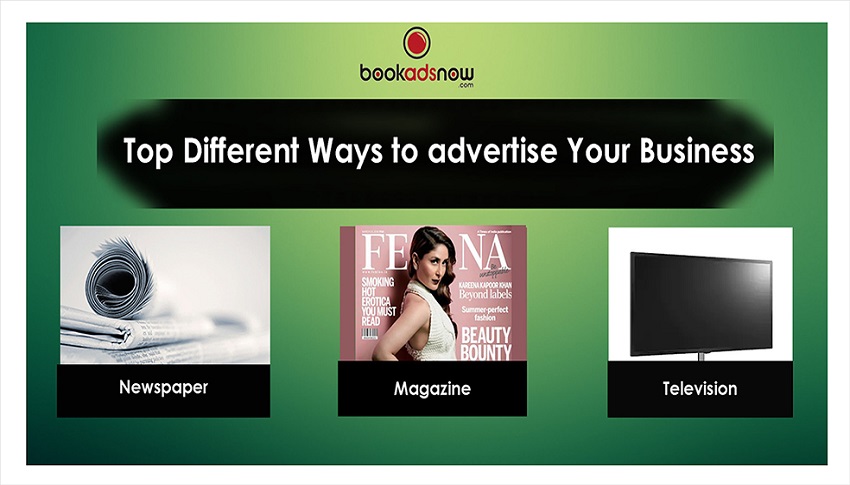 If you have a business then, surely your main concern would be about how to promote your business because without promotions you cannot target your audience. The advertisement is the only way to attract people towards your business or products, regardless of whether it is television advertising, newspaper advertising, and magazine advertising.

So, if your marketing strategy is not up to the mark, then forget about the business growth, at the initial stage you may face a big loss. Whichever way you choose to Book advertisement, it has to be an eye catcher to beat your rivals. Now coming to the main topic of this article that which is the best way to advertise your business, we have discussed three ways to do it. Have a look below.

Advertise Your Business in Television

First comes the television advertisement, which is one of the most popular ones among promotion styles. The most important advantage of TV ad is that it can catch a large number of audiences in a short period of time and that too when they are most attentive in watching something. People can stop going to an old restaurant but they can never stop roaming around the same channel for the sake of getting something new.

So, whenever they are watching the channel where your ad is being shown, you hit that target with your business information. And if your ad is on a news channel, then we couldn’t agree with you more about having the most effective audiences for your business.

Advertise Your Business in Newspaper

Next is newspaper advertisement, which can thoroughly focus on a particular group of audience in the targeted area where the ad has been posted. If you think about the positive side of this style of promotion, then it would definitely be the time period, which is unlimited. Viewers can keep the paper to have another glance anytime on the ad you have posted. It will not be aired only for a short time span; once it is printed on the paper then it is within the grasp of the audiences.

The method of advertising on the front page of the paper will always be a big hit to have all the attention of your audiences keeping your competitors behind.

Advertise Your Business in Magazine

The last one is magazine advertisement, which seems to have a lot of similarities with newspaper style, but there is a subtle difference in between them. Newspaper, though viewers can keep it for a long time, is not preferred to be checked if it gets too old. But from doctors chambers to cafes and hotel receptions magazines can easily be noticed even if it is a bit older. And this process picks up different groups of customers more precisely for a longer period of time.

Another most effective point of this style of advertising is the circulation of it. People may pass their magazines to their friends or families, which makes the exposure to your advert more progressive. Lastly, it is needless to say that targeting popular magazines for your ads is, of course, a profitable idea.

Whichever way you choose to promote your business, wouldn’t it be easier for you to have all of them under one roof? Bookadsnow is an online media planning portal simplifies the process of releasing Advertisement in publications that operate in India.

Our experience in the media industry over the past 3 decades has helped us earn an accreditation from the Indian Newspaper Society. May it is TV or magazine or newspaper advertisement, you can book your ad on any platform online without stepping out of your comfort zone.