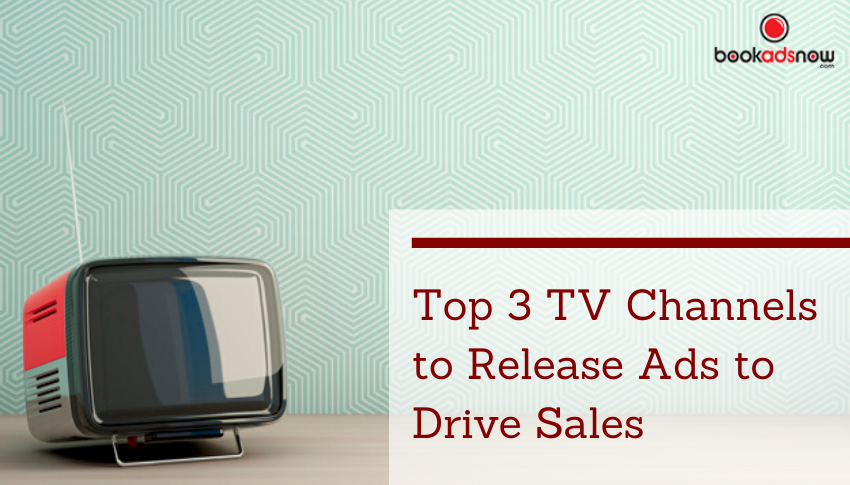 As an advertiser, are you aware of these Hindi news channels where you can release television advertisements and drive sales? Yes, this is also applicable even during the lockdown period when most of the brands are struggling to reach their target audience.

Even though there is a decline in newspaper circulation due to COVID-19, television viewership has increased by leaps and bounds. As per the report made by Neilsen using BARC numbers, during the COVID-19, highest ever TV viewing has been recorded at 1.20 trillion minutes.

Hence, from here, you can probably understand that the television advertisement is the best way to reach your target audience during this difficult time. News channels have specifically seen a spike in viewership. Hence, in this write-up, we will mention the top 3 Hindi news channels where you can release TV ads to maintain the health of your business.

With a viewership of 25% in the market, while enjoying a weekly viewership of 177,058000, Aaj Tak Hindi News channel has secured the top position in the chart. Owned by TV Today Network, here are the numbers that prove Aaj Tak advertisement will businesses with profits.

Hence, the numbers clearly prove that Aaj Tak is one of the top Hindi news channels to release television ads.

Established in the year 1999, Zee News, a Hindi news channel enjoys a viewership share of 20% in the market among the top 5 Hindi news channels in the industry. A flagship brand of Zee Media Corporation, here are the numbers that make it worth releasing a TV advertisement.

Also, Zee News is one of the few channels in the nation with a Geo-Targeting option. This facility will enable the advertisers to air several ads on the same channel in different regions for a better impact at less cost.

Additionally, Republic Bharat is owned by ARG Media, carrying nationalism at its core while breaking the set boundaries of a news channel to bring the viewers with breaking news before anyone else. Hence, releasing an advertisement in Republic Bharat news channel will leave a brand with profits even during the lockdown period.

While releasing television ads in these channels will drive brand sales by highlighting the brand ethos, businesses can get the best rate for TV ads via Bookadsnow. Apart from that, we will provide you with other services as well, thereby, increasing the chances of a brand to earn a better ROI.

To know more about Bookadsnow and TV advertisement rates, send us a mail at info@bookadsnow.com or call us at 9830400021.