Uncover the Untapped Potential of Inflight Advertising with Bookadsnow 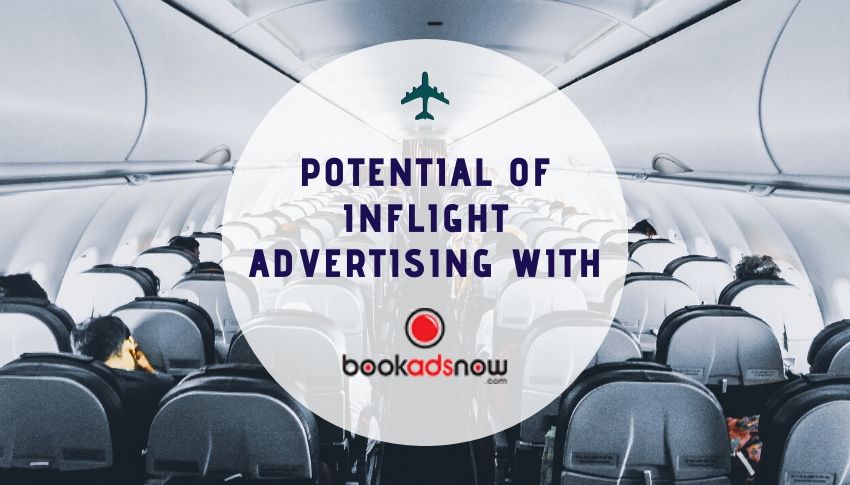 Advertising is the activity or profession of producing advertisements for commercial products or services. It may also be a message or an ideology, not necessarily a product. The general public is open to mediums such as newspaper advertisements and television advertising, which is currently dominating the media sphere. There is also the medium of radio that exists with lesser presence.

That being said, inflight advertising is of the most discreet yet effective modes of advertising. Seen in the form of magazines, this is a niche medium that is seen among those who are flyers. Though the content varies from carrier to carrier, one can find general information regarding fashion, automobiles, lifestyle, etc.

But why should one release advertisements via in-flight magazines? Let’s see the reasons that make this one of the preferred mediums among advertisers.

Putting electronic devices on aeroplane mode renders them almost pointless, if not for films and TV shows. At the same time, the duration of flights varies depending on the place you wish to travel to. It is due to these circumstances such as these that many find themselves reading an inflight magazine, a great way to pass the time as well as gain information on certain subjects.

Besides this basic reason, here are a few others that contribute to its popularity:

Tangible and credible: People tend to place trust in the written word rather than digital text. Not just restricted to inflight magazines, but advertising via newspapers and magazines thus come with an added advantage of credibility. The feel of a page in your hand is proof of the existence of the brand message that you wish to display.

Captive audiences: Captive means those that are trapped or confined, similar to the boredom that people face when they travel by air. The boredom is amplified by the fact that devices must be switched off or kept on aeroplane mode. This leads to interest in reading magazines, which is actually a force of either interest or compulsion. Either way, the reach among audiences is great.

Increased shelf life: Magazines are timeless in the sense that the information you receive is not just relevant for a single day. In fact, it goes past days as well as months. Compared to a newspaper, your brand message easily outlasts the typical 24 hours and the influence remains until a period of roughly six months.

Makes time productive: Apart from the advertising function, some of the in-flight magazines shed light on a few destinations that you can visit. You can learn about the areas and get a glimpse of what to expect when you arrive. Some also find it helpful to read these since there is also information regarding travel and lodging. Thus, you can easily use your idle time to make productive decisions after the trip.

Variety of audiences: One can successfully reach several types of audiences owing to the fact that thousands of people fly every day. Thus, inflight advertising can target individuals from diverse backgrounds and various cultures, while also influencing those specifically seated in sections such as business and economy classes.

Why Choose Bookadsnow for the Best Inflight Advertising Rates?

Being a leading online advertising agency, Bookadsnow has garnered over 30 years of expertise in the media industry. At the same time, this long-standing presence has resulted in strong ties with several media houses. Ensuring complete transparency and assistance, it is due to these features that we have become of the most reputed ad agencies in the nation.

Apart from providing the best inflight advertising rates in the market, we have also made the entire process of releasing advertisements as simple as possible for first-time individuals and advertisers alike. Here are the steps that one needs to follow for advertising via inflight magazines:

Step 2: Select “Inflight” as the category and click on the magazine of your choice

Step 3: Tick ‘Yes’ or ‘No’ to specify whether your creative is ready or not

Step 4: Next, provide the size of your Ad and other details

Step 5: Provide your contact details such as name, email ID, and phone number