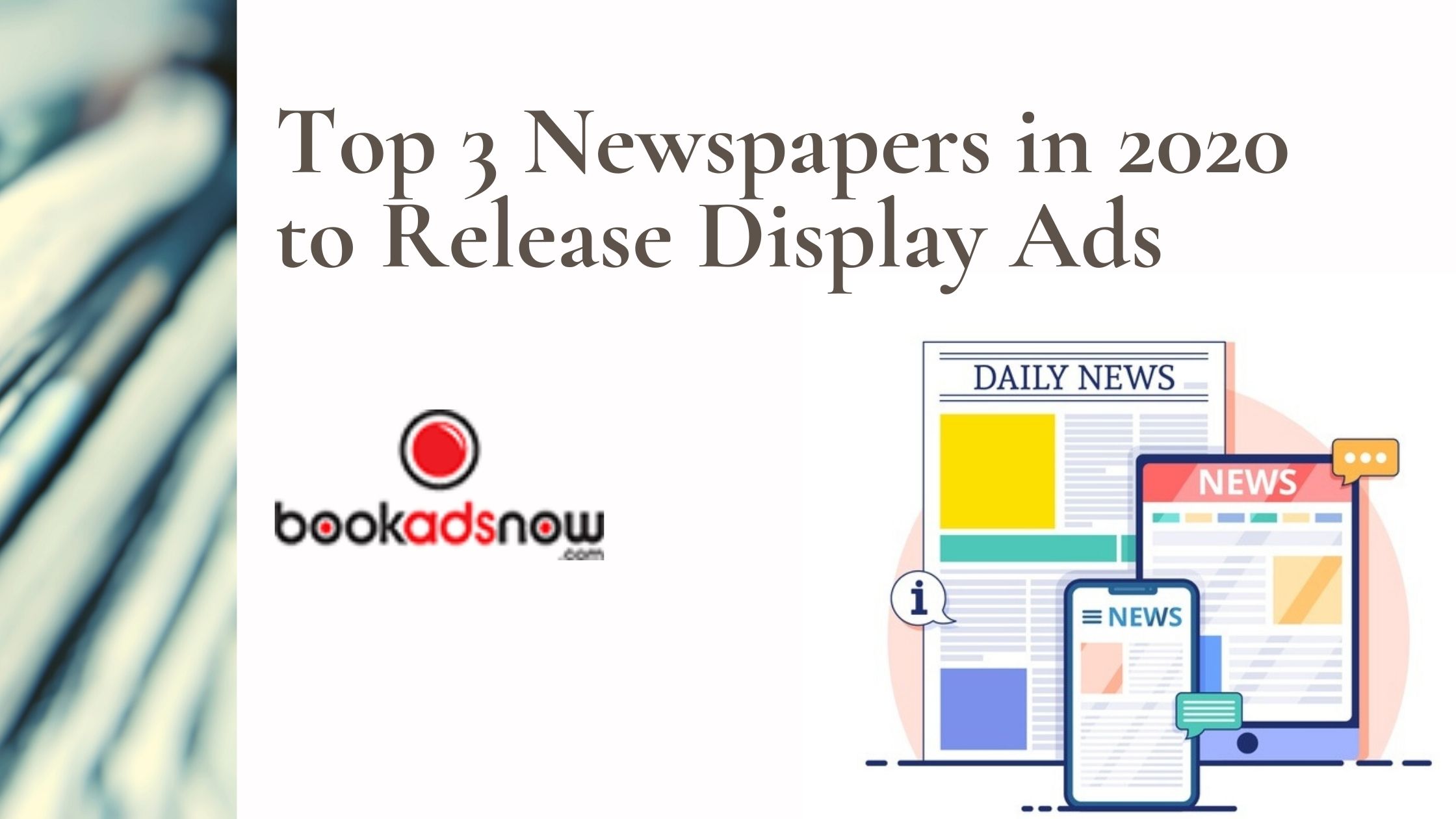 2020 is probably throwing the biggest challenge at brands and businesses to stay afloat in the market. With the sudden outbreak of Covid-19, the economy of the nation has suffered a huge setback.
However, as they say, every cloud has a silver lining; the media industry has seen a better engagement with the consumers. With a strict down and having almost nothing to do at home, people are spending more time watching TV, reading newspapers or watching shows online. Hence, businesses made sure to make use of this channel to penetrate the minds of the consumers, thereby giving them a constant reminder or fostering a brand recall.

When it comes to releasing newspaper ads, nothing acts as effectively as display newspaper advertisements for brands and business. The quirky copy, the excellent imagery and a smart call to action are the three weapons that help businesses to enter the subconscious minds of the readers for better engagement. Hence, this 2020, the various industrial sectors have made sure to harness the power of newspaper advertisement via display ads to stay afloat in the industry. However, is it worth releasing display ads in every newspaper? Let us see what are the best newspapers to release display ads this 2020 for a better ROI.

Did You Release Display Ads in these Newspapers this 2020?

It is as it enjoys the largest undoubtedly the number one newspaper in the nation as it enjoys the largest circulation in the nation. This newspaper is owned by the renowned Dainik Bhaskar group and published in the Hindi language, thereby successfully engaging with the Indian mass. It enjoys a circulation of 4,579,051 copies daily backed by a readership of 7,36,73,000 across the nation. The huge numbers make it all the more clear to the advertisers that it is the best newspaper to release Dainik Bhaskar advertisement in display format to garner the attention of the readers.

The Times of India- a name that is popular across the nation is the most popular English daily with breaking headlines and news across all the genres. A flagship brand of Bennett & Coleman & Co. Ltd., the newspaper enjoys a huge readership, close to 1.6 crores backed by a circulation of 2,880,144 copies daily. With ample supplements to release display ads, brands and businesses make sure to indulge in releasing the display ad in Times of India to earn an unmatched ROI.

Hindustan or Hindustan Dainik is the fourth largest circulated newspaper in India, and the third-largest read daily in the country. It consists of 21 editions across the Hindi belt and is also available in e-paper format. It used to be a part of HT media limited group, however, now has a separate company named Hindustan media ventures limited since 2009. The unmatched popularity of the newspaper gives the first reason for the brands and businesses to release display advertisement in Hindustan.

These are the top 3 newspapers to release display ads by businesses. You can book a newspaper advertisement via Bookadsnow and enjoy the best ad rates in the market along with an end to end media solution.