The Times of India the Perfect Platform for Releasing Display Ad 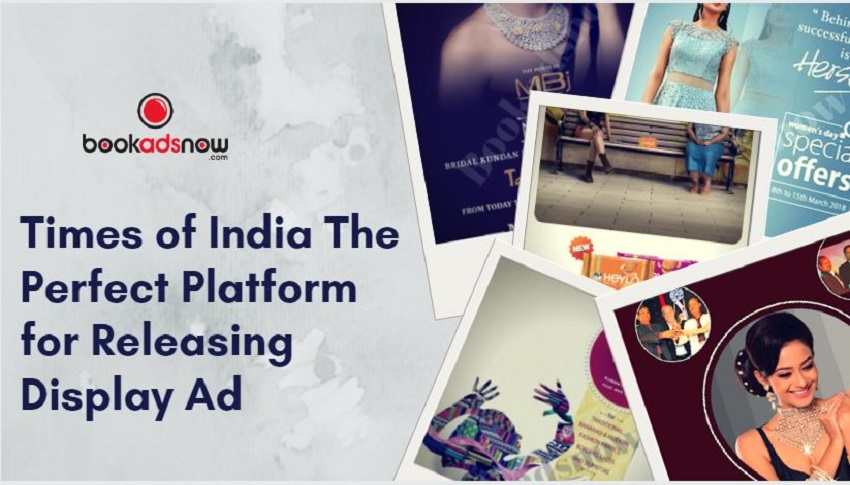 Why Times of India of all the Newspapers?

It is a known fact that The Times of India is one of the most popular English dailies in the nation. In fact, it is a name which has been reverberating all across the nation since November 3, 1983. Under the ownership of Bennett, Coleman & Co. Ltd, the newspaper had raised a storm of revolution in the sphere of media. Owing to its impeccable journalism skill and bold steps to hold up the truth in the face of the nation, The Times of India has earned its deserved fame and name.

Today, the presence of the publication is seen in almost every region of India. Along with the metropolitan cities, The Times of India has its editions in small towns as well. Precisely speaking, the publication experiences a daily circulation of 3,198,449 copies backed up by a total readership of over 1.3 crores.

Hence, these reasons make it mandatory for the advertisers to release Times of India display Ad. Display Ads can be released catering to various genres to tap on the interest of various individuals. Apart from that, the publication is accompanied by a plethora of supplements where the brands can release display advertisement in newspaper to gain a better viewership (as it might get lost in the main issue). Hence, from the given data, we can justify the fact that releasing a Times of India display Ad will lead to a healthy viewership followed by a good amount of ROI.

However, it is a known fact that releasing a newspaper advertisement involves going through uncountable tedious steps which actually kills the zeal of releasing one. But you can feel lucky as technology has solved the issue whereby now you can book newspaper Ad in a few simple steps. And who is making the optimum use of technology? Bookadsnow! Are you confused now? Allow us to unwind your mind regarding the same!

Bookadsnow- the Ultimate Platform to Book Times of India Advertisement

Owing 30+ years of experience and INS accreditation, brands/ businesses can trust us for releasing Ads backed up by great results. Furthermore, our good work enables us to maintain a healthy relationship with brands and media houses across the nation. What makes us stand out in the crowded market of Ad agencies is the fact that we do not display the media card rate, unlike other Ad agencies. We negotiate the rate on behalf of our clients with the media house and provide the best rate in the market. Apart from that, Bookadsnow is a team of skilled in-house media personals who will guide you at every step of booking newspaper Ad and makes the process a simple affair for you.

To learn more about the online portal and the steps involved in booking Times of India advertisement, drop us a mail at info@bookadsnow.com or call us @9830400021.