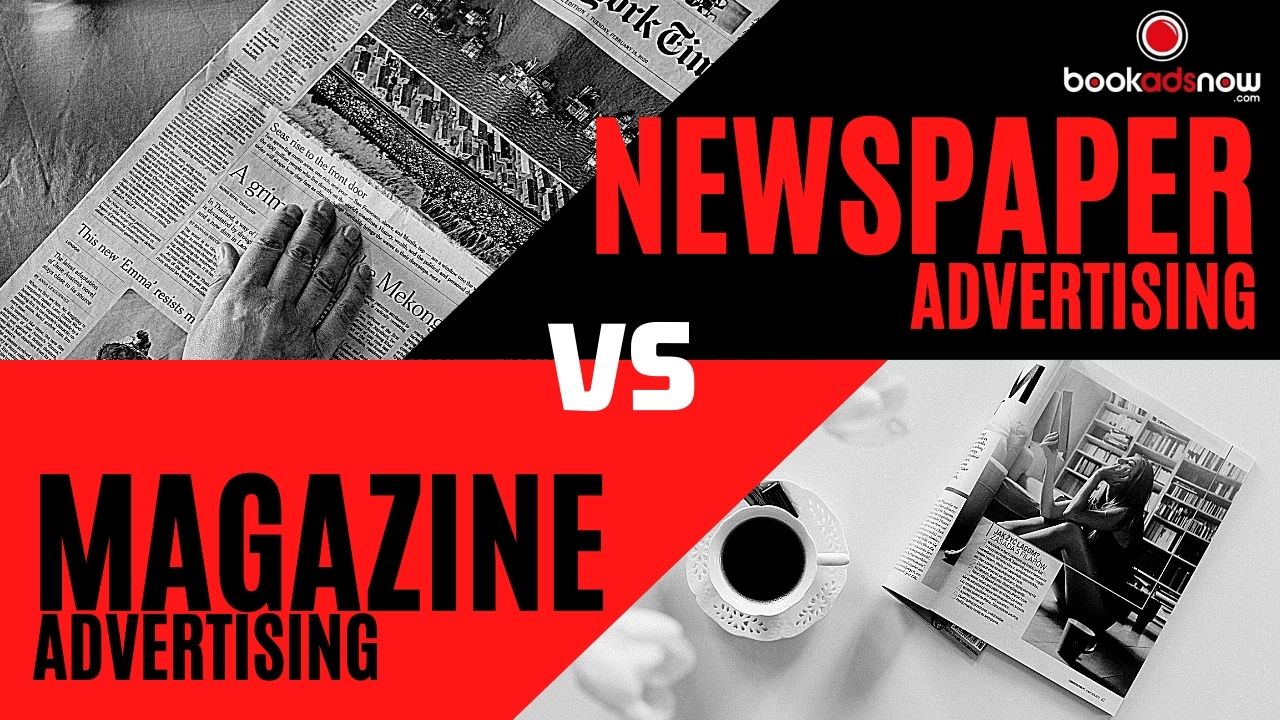 What does Louis Vuitton, Audi and Hyatt have in common? They are among the many advertisers that still continue to leverage the power of print advertising despite the mass appeal of digital today.

Times may have changed, but the beauty of print will always remain. But between choosing how to give an advertisement in a newspaper or magazines, have you ever wondered which one is really for you? Here’s a brief look at both the mediums when looking specifically at print advertising.

The greatest thing about advertising in print media is its ability to create a multisensory experience. While online booking portals have answered the question of how to give an advertisement in newspapers, there are several studies that prove that physically touching an advertisement can actually increase the probability of a purchase. Not to mention, there is more confidence and reliability in the message itself.

Here are a few features that bring out its profound beauty.

There are a variety of advertisements that can be released in a newspaper. From display ads and newspaper inserts to column-based and page-based ads, you can actually align your campaign to your budget. In fact, this itself comes with maximum reach and impact (based on your objectives of course).

With ads in newspapers, it becomes easier to reach a specific range of audiences based on age, geographical location, language, income and other such metrics. Added to this, newspapers also reserve editions of the same publication in other cities/states across the nation.

Everyone knows that newspapers offer more content for readers to browse through. But besides that, newspapers are known to foster interest and engagement since people consciously choose to read them. It’s safe to say that newspaper inserts and ads command attention that other forms of advertising don’t.

Did you know that consumers trust print ads more than TV and digital ads? If its numbers, then print wins by about 71% in trust as compared to 41% and 25% respectively. Since one can actually feel the ad, it enjoys certain credibility that makes it highly sought after – even centuries since the inception of the newspaper itself.

Newspapers are one of the quickest routes to staying updated with the world. Offering timely information on several fronts, this medium is a strong tool to have based on its importance today. Whether financial news, local news or editorials on topical interest, a newspaper definitely has a purpose that outshines the ad-related portion.

There is a point where newspaper advertising and magazine advertising converge. But remember, they’re not the same. Magazines have more opinion-based content centred around a single subject and are available in a variety of forms such as fashion, automobiles and inflight among others.
Listed below are a few strong factors that make it a great option to consider.

Leadership thoughts on subjects, opinion pieces on trends and current affairs while covering the latest in the industry – magazines combine so much into one wholesome package. Whether sports or inflight magazine advertising, high-quality content makes it a worthwhile medium for both advertising and readership.

Ads can be easy to miss, especially when they’re placed on TV, radio or online. What’s worse, these can truly be intrusive owing to the nature of the medium itself. But not when you advertise in magazines. Endowed with a longer shelf life, the messages can outlive the typical 24 hours of others owing to the relevant information it possesses.

Perhaps the best reason to choose magazine advertising, magazines attract relevant audiences to one destination. Take, for instance, fitness enthusiasts. Using a health-related magazine (or even one related to fitness), you can reach those especially driven by the same interest - creating a large pool of potential consumers.

In terms of both presentation and images used, magazines win entirely in terms of visuals. They reserve complete pages for ads while the look of the ad itself successfully sparks interest. That’s precisely why inflight magazine advertising also works. Moreover, the quality of the paper urges readers to stop and stare.

A Few Pointers to Help You Make the Right Choice

Granted, both forms are truly loaded with benefits and its difficult for advertisers to make a final choice. However, here are a few pointers that will help along the way.

If you’re still unsure about which one’s for you, our media experts are more than happy to walk you through and help your business make the right call.

Get in touch today and let’s leverage the power of print media to your advantage!