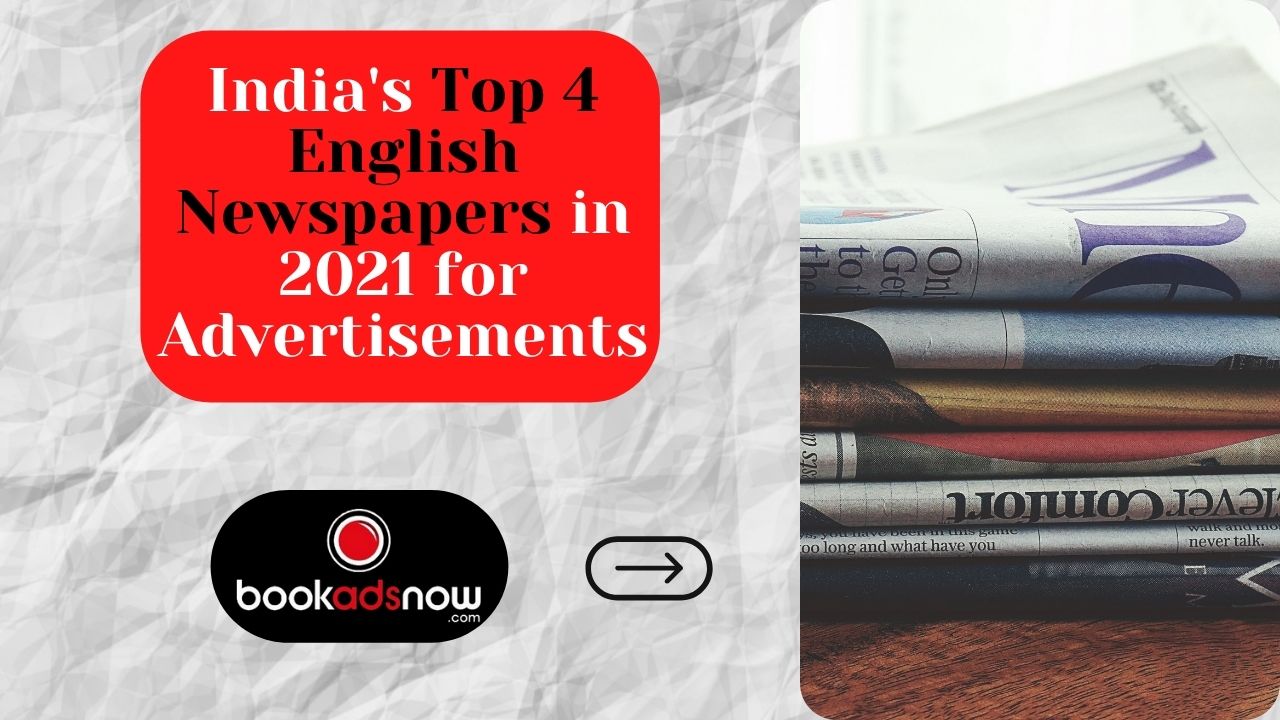 Newspapers are so much more than pages and pictures.

They are mouthpieces of public opinion, vehicles of credible information and above all, a way for the nation to stay updated with the world. But you should be aware of the ones that are truly worth the attention!

Listed below are the top English newspapers that you should know.

The leader of the pack by virtue of readership and circulation, everybody understands the power of TOI ads today. Being India’s most popular English daily, it spreads across 36+ locations with about 3 million copies sold each day. Moreover, it has a total readership of 15.2 million along with a huge, enviable readership base.

Besides news items, it also provides news on Bollywood news, sports, lifestyle and other relevant topics. It is published by the reputed Bennett Coleman & Co Ltd (BCCL) which is also the name behind top publications like Economic Times and Ei Samay. It’s only natural that TOI ads would be a huge success!

Here’s why people choose to release an advertisement in this English newspaper:

Started in the year 1932, the Indian Express now bears the status of ‘watchdog’ in the sphere of Indian journalism. Keeping objective coverage and reporting at its core, it’s expertise shines bright through its editorial columns along with news related to general interest. The best thing about this daily is its ‘no compromise’ attitude towards quality.

Here’s why you should consider an Indian Express advertisement:

Commonly called India’s second most popular English daily, advertising in the Hindustan Times has always been preferred by many. With roots in the year 1924, it actually played its own role during the quest for Independence and now rightly boasts a readership of over a million. Its founder, Sunder Singh Lyallpuri, is also the founder of the country’s Akali movement.

This newspaper treads across topics of general interest such as lifestyle, current events and entertainment. While starting its journey initially from New Delhi, it has now expanded its reach to cities such as Mumbai, Kolkata, Chandigarh and Patna.

Here is a list of benefits of Hindustan Times ads:

More concerned with the need for hard-hitting journalism above all else, this newspaper easily finds a spot among India’s top publications. In-depth reporting, fewer ads, more emphasis on local news as well as national stories and an editorial that keep readers hooked – this one is perfect for those looking to release an advertisement in an English newspaper.

It was established in the year 1978 and is published from various pockets of the country. Recognized for its rich content, reports by the ABC suggest that it has a circulation of 1.2 million copies on a daily basis. If it’s about serious journalism and less about entertainment, The Hindu is definitely worth the attention.

Here’s why advertisers rush to release ads in this newspaper:

These newspapers enjoy first preference when it comes to both information as well as advertising. Using Bookadsnow, you can get the best rates for these publications while also making the most of your advertising budget. Get in touch today and make your business stand out from the crowd.