How To Book Classifieds In The Hindu Newspaper? 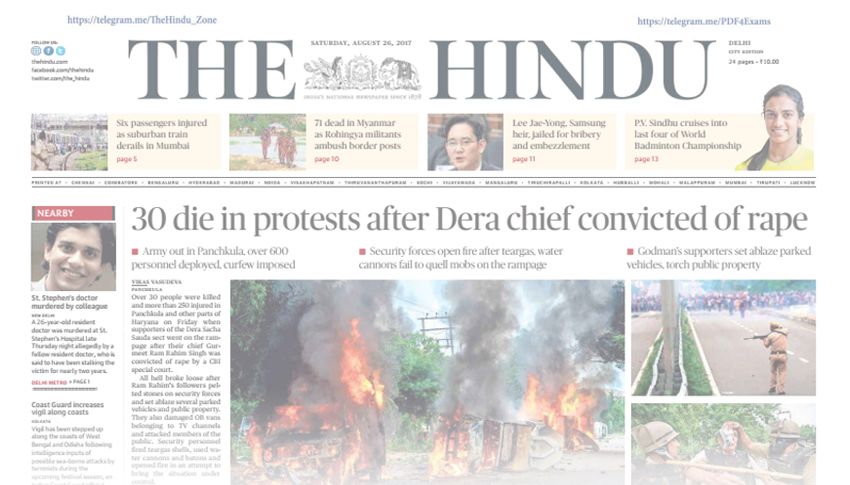 The Hindu Newspaper is an Indian daily, headquartered in Chennai. When the newspaper was originally launched in the year 1878, it was published on a weekly basis. The second most circulated English newspaper after The Times of India, The Hindu newspaper has its largest circulation in the southern part of India in areas like Karnataka, Telangana, Kerala, Andhra Pradesh and Tamil Nadu. If you have an objective to reach out to the audience from the South, look no further for booking The Hindu Advertisement as this newspaper has massive reach and popularity there.

Most of the revenue for the newspaper comes from the annual subscriptions, advertise in the Hindu Newspaper or release Hindu classifieds. In 1995, The Hindu became the first ever newspaper to offer an online edition. Now, The Hindu newspaper is published from eighteen specific locations across nine states like Malappuram, Allahabad, Mohali, Hubballi, Tiruchirappalli, Mangaluru, Kochi, Visakhapatnam, Noida, Madurai, Coimbatore, Mumbai, Kolkata, Vijayawada, Thiruvananthapuram, Hyderabad, Chennai, and Bengaluru.

The Hindu is the newspaper highly chosen by the audience to publish their ads because of the following pointers:

How to book Advertisement in The Hindu through Bookadsnow?

Bookadsnow has made booking The Hindu classifieds easier and convenient for you. We have a wide range of advertisement option from which you may choose the advertisement type depending upon your need. Else, you can mention your specifications to our media expert and we will formulate your advert according to your particulars.

For booking the Hindu classifieds with us, follow the given steps:

Abiding by the above simple steps, you are sure to experience the convenience and simplicity of booking The Hindu Advertisement with us. We are also available on call for instant queries and responses at 98304-00021. Moreover, you can also mail us your query at info@bookadsnow.com to get an immediate reply from our media expert.