Fun Facts About Doordarshan You Probably Did Not Know 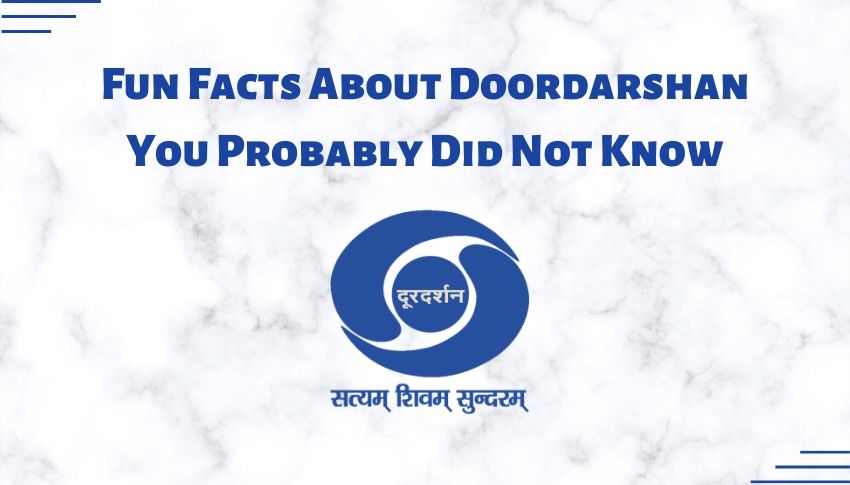 Do you remember the time when Doordarshan was probably the only entertainment TV channel that aired some iconic Ads and TV shows? The tune of Amul Ad, the sweet voice of Jalebi kid from Dhara Oil Ad, the heart touching song of Cadbury commercial, the Rasna tagline 'I love you Rasna' and the vibrant Liril song still reverberates in our ears. Yes, Doordarshan has been there forever to entertain with their iconic contents. However, are you aware of the milestones it has crossed and the pioneering work it has witnessed along its journey? In this write-up, let us walk down the memory of Doordarshan and check out the interesting facts which until now was not known to us.

While today, we are surrounded by the new age TV channels, YouTube, various social media platforms and platforms like Netflix, Hotstar, etc., the essence of Doordarshan is unbeatable. It is a pure nostalgia which only the kids of the 80's and early 90’s can understand.