How Do I Publish A Newspaper Advertisement In Another City? 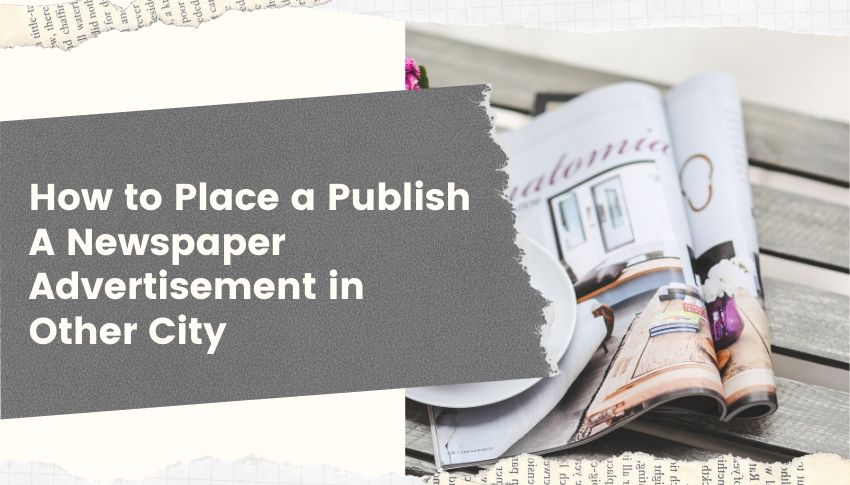 Are you seeking to book newspaper advertisements in some other city?

For example, your business deals with products that majorly grabs the attention of the consumers who are retired servicemen over the age of 55 and fall in a medium-income bracket. Upon thorough research, you discover that your target audience resides in all the major Tier I and Tier II cities in India while you reside in Delhi. Hence, do you go about the whole process? Have you ever thought about releasing an advertisement through a newspaper advertising agency?

At Bookadsnow, we operate PAN India, thereby helping our clients to book newspaper ads in any publication and edition of their choice. We will provide you with an end to end media solution, from booking your newspaper ad to releasing it along with displaying the end result. We share a healthy bond with media houses across the nation, thereby allowing you to book ads online, whether you are within the city, nation or sitting abroad. All you need is access to the internet to get started with the process of booking newspaper ads through us.