With a Dainik Jagran Advertisement, Make Your Business the Talk of the Town! 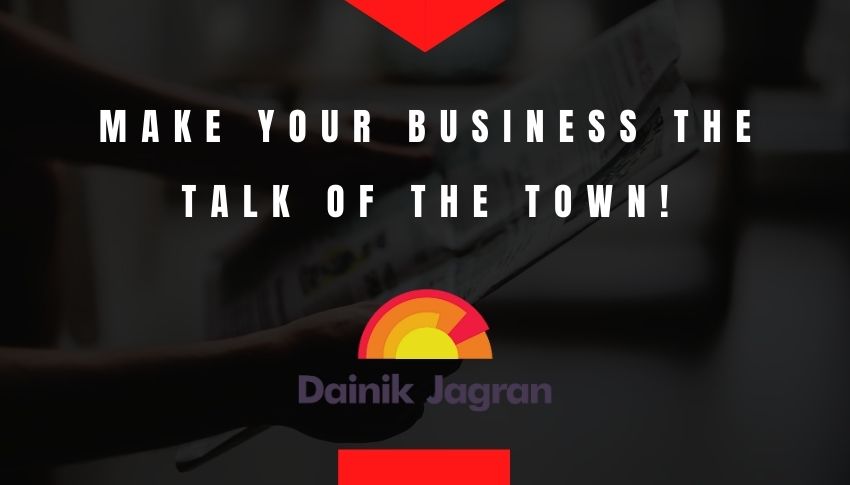 Since its commencement, newspapers have been the most authentic and reliable source of information. After that, there were many other sources that came along. Television and other modern day internet sources have been established and grown over the years. However, newspapers still find relevance today and people continue to read them as a daily habit, preferable with some tea.

Hence, it's no surprise that a newspaper advertisement is the most preferred choice for advertisers who wish to market their products and services locally, regionally and on a national level. In fact, it not only helps you to exhibit your ads in the metropolitans but also allows you to target your audience with respect to their interests (sports, lifestyle, business supplements, and the like).

So when it comes to advertising your product or service, newspapers are the best suited medium for advertisers. Backed by a charm borne by trust, tangibility and truth, it has always been an integral part of the marketing strategies developed by numerous top-rated brands today. But the question is, which newspaper is the one to choose?

Turn your attention to India’s most popular newspaper - Dainik Jagran.

Published in the Hindi language, this newspaper has been ahead of even the top newspapers in its category with respect to its circulation and reach. So, with a Dainik Jagran advertisement, you can boost the popularity of your business with ease!

This newspaper is owned by Jagran Prakashan Ltd. and since its establishment in 1942, it has earned itself a spot in the list of India’s top 10 newspapers. Therefore, there is no doubt that advertisers would prefer this newspaper to achieve its business objectives thanks to its reach of 7,36,73,000 along with an AIR of 20,258 (as per Q1 figures of 2019).

Reasons to Select Dainik Jagran for your Next Newspaper Advertisement:

With its inception in the year 1942 in Jhansi, this newspaper played a crucial role by portraying India’s struggle to freedom. Helping the masses to find a voice during the Quit India Movement, this newspaper has its roots in the foundation of a noble cause. In fact, Shri Puran Chandra Gupta actually founded the publication in order to ‘create a newspaper that reflects the free voice of the people.’

And that’s exactly what it does today!

While newspapers have always had the gift of appeal, harness it for your business by booking Dainik Jagran newspaper ads online. Unmatched circulation, strong readership number and a popular selection of supplements for reaching niche audiences, this newspaper is packed with benefits for every brand and advertiser within the country.