Why Choose Shubh Yatra Magazine For Your Advertisement? 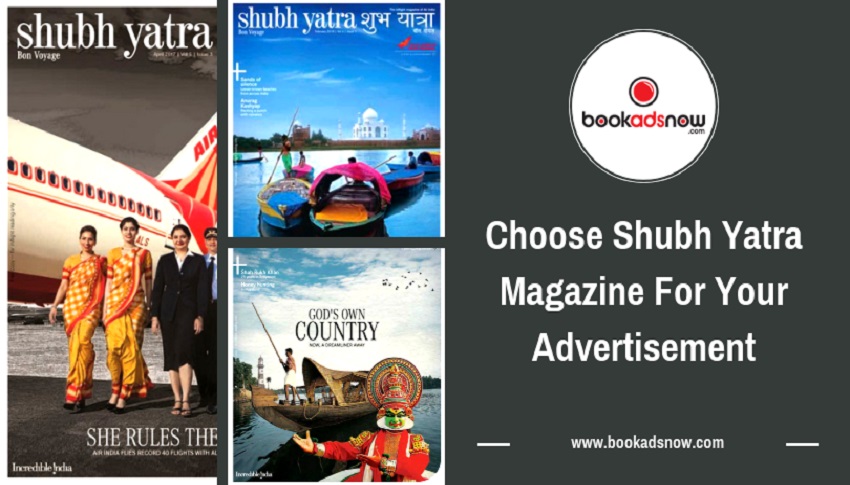 The advantages of inflight magazine advertising are different as the inflight magazines don’t adhere to one particular genre as normal magazines do. Inflight magazines generally lie in the lifestyle and travel domain with a mix of food and entertainment. As they cover such a variety of genres, advertisers have the benefit of marketing an array of services and products.

The other benefits of inflight magazine advertising are

When deciding which magazine to release your ad in, Air India would be an educated choice to make:

As the national airline of India, Air India is a trusted and honorable brand. Their in-flight magazine - Shubh Yatra is a bilingual monthly publication which covers a range of topics such as travel, lifestyle, entertainment and more. Since it is published in Hindi and English, most (if not all) passengers will be drawn to go through the magazine. It has a readership of 2,700,000 (from 2015) with passengers from both international and national flights. The Shubh Yatra magazine Advertisement is widely seen as one which promises to reach out to your audience in a compelling manner.

If you are interested in placing your Shubh Yatra magazine advertisement then book it through Bookadsnow. Bookadsnow is a media buying, planning and releasing portal which has been making a name for itself in the media industry for more than 30 years. It has established an open line of communication with the media house on a national, regional, and local level. This allows them to bargain for the best prices in the market, which is the reason they don’t maintain a predefined rate card as is the norm in the industry. Your Shubh Yatra advertisement is in great hands as clients such as Greenply, Manyavar, SRMB Steel, Turtle, Bisk Farm and many others are happy with the results produced by Bookadsnow. They also have the INS accreditation which gives your ad even more credibility. You can release an advertisement by emailing them at info@bookadsnow.com or call them directly @ 9830400021 to place your ad.