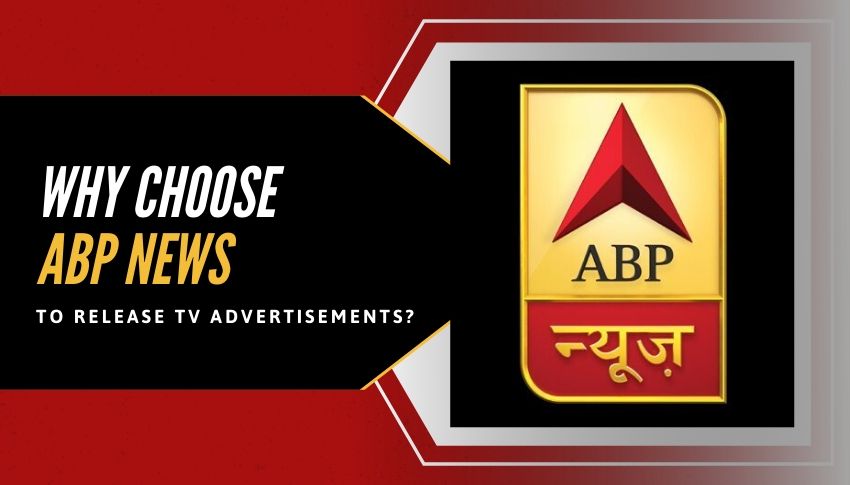 Are you planning to release a TV advertisement in ABP News channel but confused about the advantages of choosing the channel? Will it prove to be result driven and generate a healthy ROI? Will it reach your target audience? If you are being haunted by such questions, then this blog is your bible.

ABP News is a Hindi channel that was launched on 18 February 1998. Owned by ABP Group, the channel is defined by the slogan 'Aapko Rakhe Aage'. It has garnered a 16% viewership in the market among the top 5 Hindi news channels which showcases the popularity of the channel. Working with the objective to keep its viewers/audiences ahead of others with the latest news updates, ABP News channel has won the trust of millions across the nation over the years of hard work and dedication. Hence, here's how you'll be benefited by releasing ABP News advertisement.

Are You Aware of these ABP News Advertisement Advantages?

Furthermore, if your business falls in the B2B and B2C sector of the industry, ABP News is the best platform to release television advertisements owing to its audience profile and wide reach.

Types of Ads You can Release in ABP News:

A 10-second advertising strip displayed during a programme at the bottom of the screen.

These are L shaped ads played on TV while the content is being played.

A short ad that displays the sponsor of the programme.

An ad that runs during a break that occupies the entire screen.

Hence, the numbers and the statistics makes it obvious that ABP News advertisement will enable you to reach your target audience, thereby proving to be result driven along with generating a healthy revenue.

Furthermore, to receive a better result, you can further release ABP News advertisements via an advertising agency like Bookadsnow to get access to end to end media solutions for a better advertising experience.