Benefits of Releasing Advertisement in Star plus TV 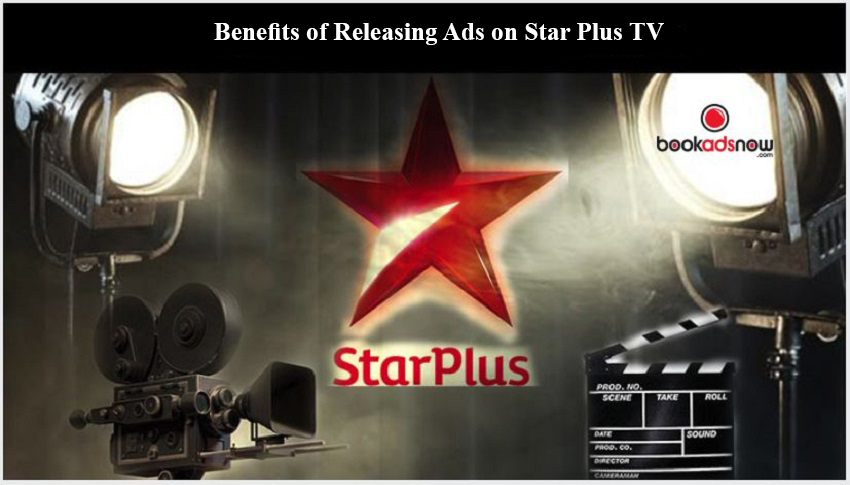 Ever since the television first started playing in our living room, Television advertising has been one of the most popular and promising means of advertising to capture the attention of a mass audience. India has the second largest Television audience in the world, which makes advertising in the intervals of the highest rated TRP shows, a strategic plan to make a lasting impression in the minds of the viewers.

Why opt for a Star Plus advertisement?

One of the most popular entertainment channels in Hindi, Star Plus is owned by the eminent media entertainment group, Star India Network. It is also a part of 21st Century Fox Star India network. With its blitz marketing and promotional strategies along with innovative fictional and non-fictional series, the channel soon became the number one 'General Entertainment Channel’ (GEC).

These above-mentioned accolades are a reason in itself as to why you should consider releasing a Star Plus advertisement.

However, there are other numerous benefits to choose Star Plus for producing commercials and helping your brand capture a higher market share by reaching out to multitudes of people. They are as follows:

A TV Advertisement can actually reach 80% of the viewers across the nation instantly. Star Plus, being the number 1 channel broadcasts different types of programs such as family dramas, comedies, youth-oriented content, reality shows and shows on crime and telefilms catering to all age groups, which has resulted in a whooping viewership of 720 million across the nation. With the same Ad playing repetitively, affects the audience psychologically in order to memorize it so well that they either recommend it to someone or buy the product inevitably.

Since Television Ads are so eye-catchy and attractive, they can instantly have a strong impact on the minds of the viewers. People learn about new things and products largely through television advertising. Hence, compared to other mediums of communication, the impact of these Ads tend to be more powerful and long-lasting. Star Plus has a history of featuring some of the best TV Ad campaigns which have created brand awareness with a significant market share.

With Star Plus advertisement, Advertisers can be ensured of a better Return of Investment (ROI) due to the channel's credibility. The popularity and trust gained by advertisements played on Star Plus are immense to the point that the engagement ratio for brands increases by multiple folds. Television advertising is an effective medium that helps the brand earn huge conversions, loyal customers, and profits. Countless prominent brands have already gained enormous success in generating revenue by releasing Star plus Ads.

Costs can be traded and discounted

There are various factors that determine the cost of Star Plus ads like:

Where to book a Star plus advertisement?

The answer is quite simple and most of the advertisers are well aware of the online media planning portal based out of Kolkata, Bookadsnow. With an experience of over 3 decades, they share strong business connections with local and national media houses. Bookadsnow successfully fulfills the requirements of its clients while strategizing an effective media campaign at the most justified rates

The perks of booking TV slots for Star Plus advertisement with Bookadsnow are as follows:

To book TV slots for a Star Plus advertisement with Bookadnow, get in touch @ 9830400021 or drop them a mail at info@bookadsnow.com.

Why should you get your TV advertising

Why Book TV Ads with an Advertising Agency