How do I Book Obituary ads in Hindu Newspaper? 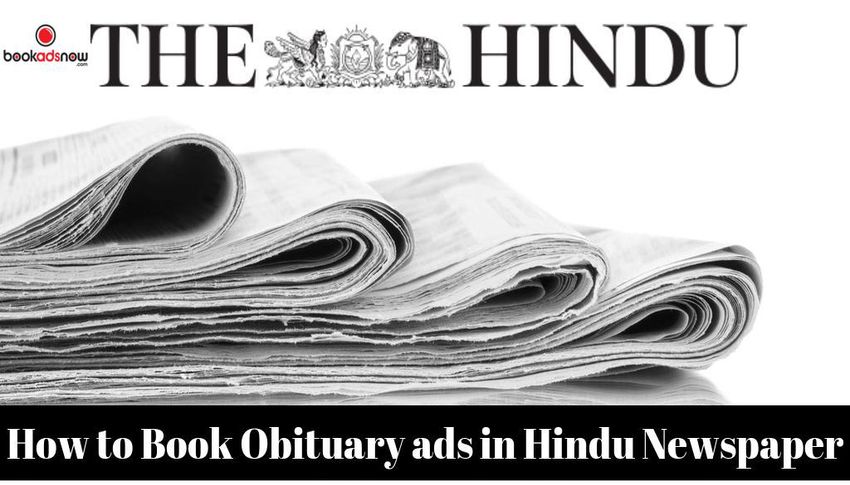 India is one such nation where a gamut of newspapers are published in various languages which are circulated all across the nation. No wonder, a newspaper is the primary source, apart from television which allows us to gather knowledge about the outside world. Not just that, obituary ads is the oldest form of an Ad campaign in India which even today successfully influences the customer's buying decision.

The Hindu newspaper is one of the most popular newspapers in India which are widely circulated in the southern part of the nation. It was started in the year 1878, as a weekly which gradually changed to a daily in 1889, owing to its vast popularity. Since then, we have only witnessed a steady growth of this newspaper with a circulation of 15,58,379 copies and a readership of 22.58 lakhs across the nation.

Types of Obituary Ads Published in the Hindu

Tribute Ad: Tribute Obituary Ads in the Hindu is a way to express love and affection for the person who has passed away. This Hindu Obituary Ad is generally published by the close family member or relatives.

Bhog Ceremony Ad: Such Hindu Obituary Ad works as an official invitation for the relatives and friends to pay respect to the deceased by gathering in the ceremony.

Chauth Uthamna/Uthala/Besna: This form of the Hindu Obituary advertisement generally works as an invitation for the ceremony where the last rites for the deceased are performed.

Bookadsnow - an online media planning portal works at simplifying the process of booking newspaper advertisement. With 30+ years of experience and having an INS accreditation, Bookadsnow has developed a strong relationship with every renowned media houses all across the nation for a successful newspaper advertising campaign. Not just that, their media rates are supremely negotiable which can go as high as 70% and they believe in keeping complete transparency with their clients. Once your obituary Ad is booked, they will make sure to provide you with a hard or soft copy of the newspaper so that you can view the advertisement. Apart from that, if you are new to booking newspaper advertisement, trust Bookadsnow to provide you with readymade templates to make your Ad booking process simpler.

How to book Obituary Ads through Bookadsnow?

Step 2: Select Hindu as your newspaper.

Once you are done with the whole process of booking your Hindu Obituary Ad, the in-house media team of Bookadsnow will contact you and guide you with other details of your Ad campaign along with setting up a budget for you while providing free creative assistance. Feel free to get in otuch with them on 9830400021 or email them at info@bookadsnow.com