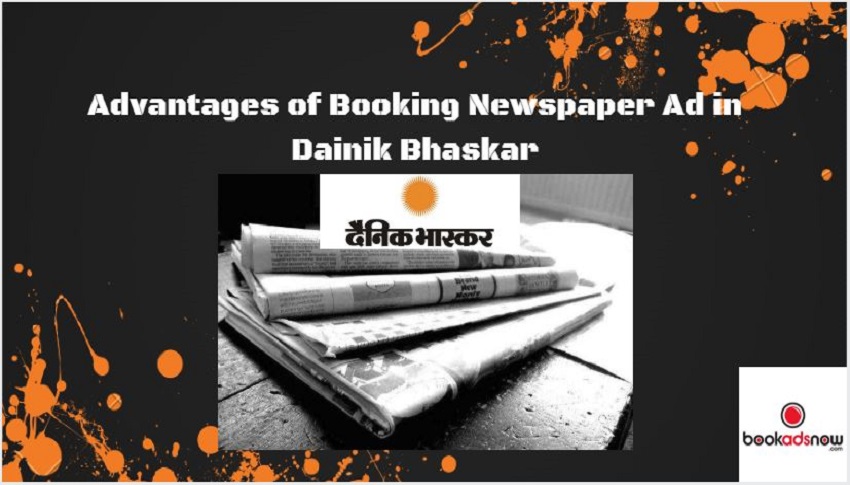 Dainik Bhaskar is a Hindi Daily with the second largest circulation. It is owned by the Dainik Bhaskar Group (D B Corp Ltd.) which also happens to be the largest Print Media Company of India. It was found in 1948 and was then circulated under distinct regional identities namely: Subah Savere in Bhopal and Good Morning India in Gwalior. However, it was only in 1958 that the newspaper embraced its new name as Dainik Bhaskar. This newspaper came into being to provide to the citizens of India with a source of news in a language that is widely comprehended by its citizens. This is because, under the prolonged domination of the British Raj, there were multiple dailies in English that were not comprehended by most individuals. Today Dainik Bhaskar has 46 editions across 11 states; it has an estimated readership of 4.63 crores of which 0.12 crores are variant readers (Source: IRS 2017 TR). There exist a series of editorially-altered sub-editions that deliver both local and national news. Precisely, Dainik Bhaskar has five editions in Madhya Pradesh, one edition in Uttar Pradesh, four editions in Chhattisgarh, 12 editions in Rajasthan, three editions in Haryana, four editions in Punjab, four editions in Bihar, three editions in Jharkhand and one edition each in Chandigarh, Himachal Pradesh, Uttarakhand, Jammu & Kashmir and New Delhi.

Owing to its extensive circulation, it is not surprising that Dainik Bhaskar is unanimously preferred by corporations and individuals as a daily to advertise in. Due to its popularity, the advertisers receive a remarkable response from the input. These observations justify that publishing newspaper advertisements are beneficial even in an era when platforms of social media are gaining popularity. The advantages of publishing Dainik Bhaskar Advertisement are as follows.

Cost Effective Options: Considering the popularity of the daily, there exist notions about how the cost of advertising in the Hindi daily will be steep when compared to other dailies. It is noteworthy to mention that the rates for advertising in Dainik Bhaskar are lower when compared to similar ads in other newspapers. Therefore, when its favorable costing framework is juxtaposed with the responsiveness generated from such advertisements, it is noted that the positives supersede the expenditure incurred. This motivates brands and individuals to choose Dainik Bhaskar as their preferred Hindi newspaper to advertise in.

Extensive Presence: Any Dainik Bhaskar advertisement is viewed by the residents of the 11 states where the newspaper is published. With this, it is possible for brands and individuals to simultaneously reach out to residents of different states through the same daily with the help of a newspaper advertisement.

Immediate Booking: With Dainik Bhaskar, it is possible to book newspaper advertising even at the eleventh hour. This urgency is often seen with respect to Obituary Ads. This type of advertisement is often released by the grieving family of the deceased to formally express condolences in memory of a loved one.

These reasons adequately indicate why Advertise in Dainik Bhaskar is both a popular and effective option. However, for those who wish to release a newspaper Ad, the task at hand is not finished by narrowing down the options in which the advertisement ought to be released. The client also needs an experienced Ad agency like Booked snow to carefully guide them throughout this process.

Bookadsnow is an online media planning portal based out of Kolkata that simplifies the Ad booking experience for the client at compelling rates. Their accreditation by the Indian Newspaper Society (INS) and its long-standing presence since the past 30 years all are evidence for the credibility of this Ad agency. Today they have relations with any media houses of varying popularity that are based out of India. Additionally, our trained media experts are all equipped to answer all the queries of the client. They help the client with the creative layout of the advertisement, they keep in mind their budget and personally negotiate the lowest Ad rates. For those individuals who are new to the process of releasing an advertisement and need help with its content, our experts provide them with templates. Furthermore, after the advertisement is released, we provide our clients with a hard copy of the newspaper and email a link to the e-paper.