How to Release Advertisement in Indian Television? 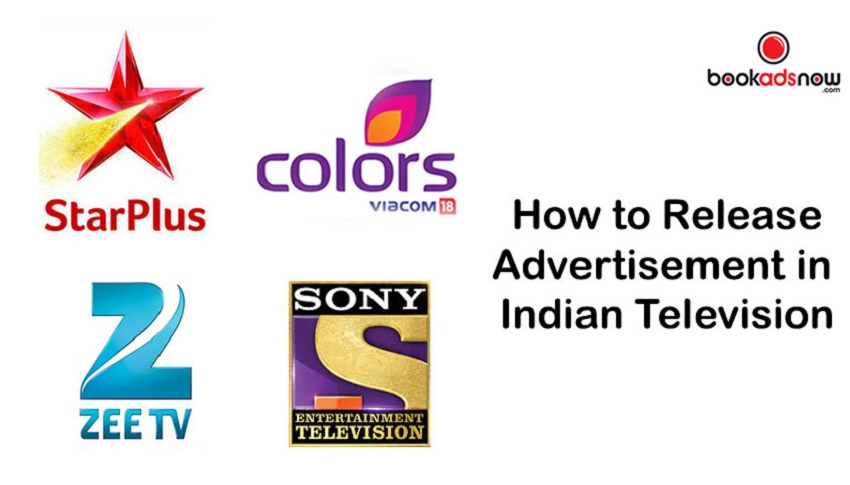 The power of television ad is immense. It leaves a lasting impact on our mind and helps build brand credibility and consideration. Why are we saying so? Can you recollect a social media Ad which you may have come across this morning? For most of us, the answer will be a big 'No'. However, our mind has the power to recollect the television Ad which we have seen in our childhood days as the strength of a television advertising can beat the effect of other forms of Ad. Thus, we can declare that television advertising, with its unique combination of composition and audience-outreach, has a huge scope for consumer engagement.

The popularity of Television Advertising:

Furthermore, the statistics say that India is the second largest TV market in the world. With the presence of 153 million households backed up by 680 million viewers, individuals happen to spend at least spend 3 hours per day watching TV. This shoots up the total viewership by 65 crores every month from where we can estimate that television advertising can reach 80% of the viewers across the nation in one go.

Hence, the given popularity of a TV advertisement portrays the key reason which drives the brands to indulge in TV advertising, thereby allowing them to speak about the brand ethos and strengthen the brand's personality.

However, let us not forget that the advertising market is full of competition where one brand plots ways to take over other brands through an impeccable advertisement strategy. Hence, most of the brands will look for quick results from their TV advertisement. Moreover, nobody has the time to go through a tedious television advertisement booking process with time slots purchased across different time bands.

Where to go for releasing Television ads?

Are there ways through which brands can go through a quick television advertisement booking process to save some time?

In such cases, TV advertising agencies come in as advisors and saviors of the advertiser's precious time. However, not every TV ad agency will provide you with a simplified process of booking TV advertisement.

Which TV advertising agency to tap on? Any guesses?

Have you heard about Bookadsnow?

If no, then allow us to walk you through this skilled TV Ad agency who have been present in the media sphere for the last 30 years.

Bookadsnow is an online media planning portal which is more versatile than a mere Ad agency. They indulge themselves in taking booking for newspapers, magazines, TV, and radio. Their hard work and exquisite performance have enabled them to create the best contacts in the market backed up by the most cost-effective Ads rates for their clients.

Furthermore, they are equipped with Live TV Ad Monitoring facility to keep the clients updated about the timing and the positioning of the television advertisement. With the presence of a dedicated in-house team, Bookadsnow guides their clients through the media planning journey, from start to finish.

That's not where the perks end!

Step 1: Click on the TV advertisement section on their Homepage.

Step 2: Mention in 'yes' or 'no' about the availability of the Ad creativity.

Step 3: Mention the time span of your TV advertising.

Step 4: State the purpose of the advertisement.

Step 5: Select the TV channel where you desire to display the TV Ad. It can be more than one channel.

Step 6: Last mention details like name, email Id and phone number. You can also provide a comment to mention your terms and conditions, thereby submitting the online form.

Advantages of TV ads through a TV Advertising Agency