How to Target Marathi Audience in Maharashtra? 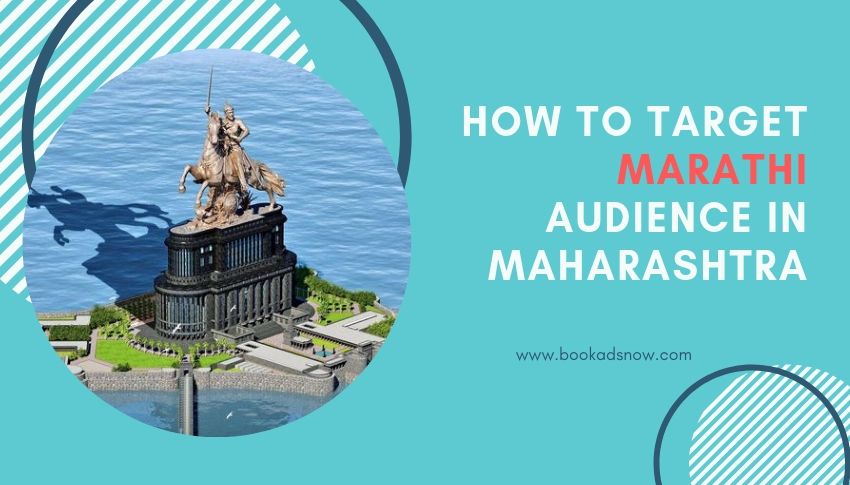 Wealth and industrialization define the state of Maharashtra. It is the 3rd largest state by area and the second most populous state in India. Over 114.2 million people reside in the state with 18.41 million staying in Mumbai. This makes Mumbai the first capital of the Maharashtra backed by Nagpur which is the second capital in the winter season.

The Marathi language, the Maharashtrian cuisine, traditional dance, and music, everything together gives this state an edge and keeps it above all the other states in India. The massive industrialization pulls brands and businesses globally to the state as in terms of capital, Maharashtra is the most stable state in India.

With that being said, Maharashtra is the core area for the brands to develop their business and spreading their brand name among the mass. Of course, on hearing about garnering the attention of audiences, you'll probably think of releasing Ads in various digital platforms like Facebook, Twitter, Instagram, Youtube, etc. Given the fact that the world is digitally dominated, it is fine to release Ads on digital platforms. However, overlooking the power of traditional advertisement, especially releasing advertisement in Marathi newspaper, signifies a poor business growth strategy.

But Why to Indulge in Newspaper Ads in this Digitized World?

Newspaper advertisements are the oldest form of Ads that the world has seen. People trust this form of advertisement and it gives rise to a better engagement which is not the case with Ads on digital platforms. When we browse through platforms like Facebook or Instagram, we hardly spend a few seconds on such platforms. However, when we read a newspaper, we read it with complete attention, which in turn gives rise to better engagement with the Ad. Furthermore, since newspaper Ads are a tad expensive, fake brands/businesses will not indulge in one. Hence, indulging in newspaper Ads in Maharashtra is essential to target the Marathi audiences.

Which Newspapers to Tap on to Target the Marathi Audience?

Lokmat is a Marathi daily founded in 1971 by Jawaharlal Darda. It is published from Mumbai and several other cities in Maharashtra by Lokmat Media Pvt. Ltd- a leading multi-platform media company. Lokmat is the largest read regional language newspaper in India with 18 million readers as per IRS 2017 backed by 1.6 million copies (Source: Audit Bureau of Circulations, Jan - Jun '17)

Pudhari is a successful Marathi daily, first published by Dr. Ganpatrao Govindrao on 1 January 1939. It is printed from Maharashtra, Goa and North Karnataka. It was later taken over by Mr. Dr. Pratapsinh G. Jadhav, who took care of the management of Pudhari from 1971. It has a combined total circulation of over 483,262 (ABC certified) copies of 10 different editions.

Maharashtra Times is owned by Bennett, Coleman & Co. Ltd. or The Times Group which is the largest media house in India. It is the ninth-largest-selling daily newspaper in the country backed by the second largest readership in Mumbai. Maharashtra Times enjoys a huge circulation of 1,000,000 copies across Mumbai, Pune, Nasik, Aurangabad, Nagpur, Jalgaon, Kolhapur and Ahmednagar.

Loksatta is one of the most widely read Marathi dailies in India. It is published by The Indian Express Group and was launched on January 14, 1948, by Late Ramnath Goenka. Loksatta experiences a total circulation of 3,59,301 copies on a daily basis backed up by a readership number of 3,79,4000.