How to Target Hindi Audience on a Larger Scale in India? 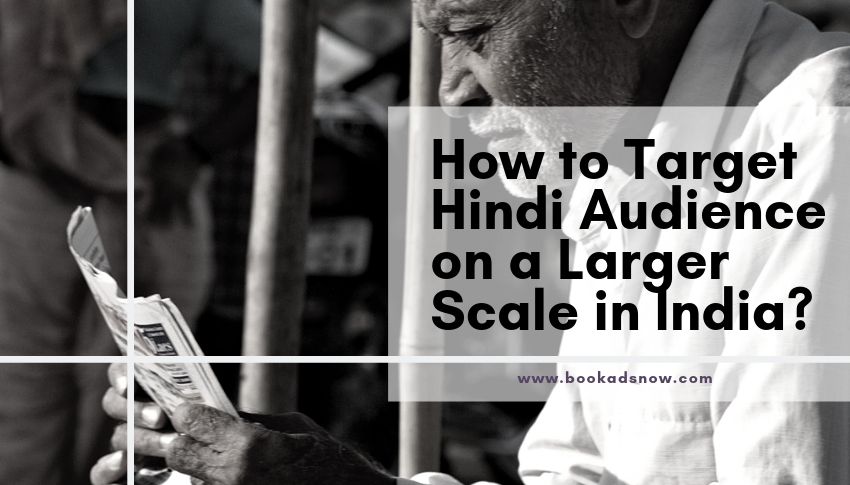 Every country enjoys the feeling of thinking themselves special. However, when it comes to language, one can say accurately that India masters in this regard. Most countries are monolingual or clearly have one dominant language. The trend is so popular that during the old-world era, the names of numerous countries were extracted from the dominant language itself– France, Mongolia, Turkey, etc. However, India is one country that comes with 22 official languages. That's not where it all ends. There are at least 41 more languages demanding inclusion in the Eighth Schedule of the Indian Constitution.

Amidst this linguistic abundance, the Census conducted by the Union Government every decade provides policymakers, political watchers, and language nerds a way that makes sense of it all. The Centre released data on language from the 2011 census and here's what the report reveals.

As per the Census report, Hindi is India’s most spoken language. It is, in fact, one of the two languages utilized by the Union government, the other being English. As a mother tongue, Hindi is dominant in North India and Central India. Currently, nearly 44% of India converse in Hindi. The percentage, however, includes languages such as Bhojpuri that are fighting for separate status. The growth of Hindi between 2001 and 2011 was at a rate of 25%, close to 100 million new speakers. Among the 10 prominent languages in India, only Hindi saw the proportion of its speakers rise.

However, the growth of Hindi is not defined by the reports found in this decade. The explosion of the language is under the radar since 1971, owing to the high population growth in the Hindi-speaking states. Not just that, the boom in migration from north to south has led to a greater presence of Hindi in the five southern states. In Tamil Nadu, for example, the proportion of Hindi speakers have nearly doubled from 2001 to 2011. In some cases, like in Bengaluru, the migration has also caused political ripples and resulted in agitation to remove Hindi speakers from the city. Hence, from the report, we can say that Hindi rules the nation which is quite impossible to dethrone.

Hence, all those advertisers seeking to promote their brand will never overlook the Hindi speakers, as the majority of the audience come under that section.

What is the best way to target the Hindi speakers exclusively?

Tap on the Best Hindi Newspapers

We have mentioned before that India is a land of Hindi newspaper. It means brands/businesses might get confused as to which newspaper to tap on for releasing an Ad. And trust us, it is bewildering! With almost every newspaper experiencing a healthy circulation and readership, it is quite obvious for the brands to get confused. Furthermore, there are newspapers that enjoy popularity in one particular region when compared to other regions. Hence, here is the list of top 5 Hindi newspapers where advertisers must indulge in releasing Ads.

Founded by freedom fighter Puran Chandra Gupta during the 'Quit India Movement' in 1942, this Hindi daily belongs to Jagran Prakashan Limited and is circulated in 11 states of India. With its HQ in Kanpur, Uttar Pradesh, Dainik Jagran is the most popular newspaper in India consisting of latest news and updates across all domains.

Hindi newspaper Dainik Bhaskar occupies the second position in the list of top 5 Hindi dailies in India. Founded in 1958, the publication is owned by the Dainik Bhaskar Group which enjoys readership in 11 Indian states. It ;is one of the fastest growing newspapers in India and has won a number of awards over the years. The AIR of Dainik Bhaskar is over 1.38 crore.

Another Hindi daily Amar Ujala breaks into the list of top Hindi newspaper brands in India. It was founded in the year 1948, the year after the independence of the country. Owned by the Amar Ujala Publications Ltd, Amar Ujala is based in Noida, Uttar Pradesh that features news and updates across all domains like politics, business, sports, and entertainment.

Karpoor Chandra Kulish started Rajasthan Patrika in 1956, which today takes the fourth spot in the list of top Hindi dailies, owing to its fearless journalism skills. It is owned by Rajasthan Patrika Pvt and enjoys a readership across 30 cities of eight Indian states. However, it is widely read in Rajasthan and Madhya Pradesh. The AIR of Rajasthan Patrika is over 79 lakhs.

Taking the 5th spot in the list, Prabhat Khabar is published in Jharkhand, Bihar and West Bengal. The newspaper is circulated across several states in India, including Bihar, Jharkhand, West Bengal and some parts of Orissa. Founded in August 1984 in Ranchi, Prabhat Khabar is notable for reporting social issues and revealing scams, thereby redefining the concept of daring reporting.

Hence, with Booked snow, consider the task of releasing advertisement in Hindi newspaper sorted and simplified.