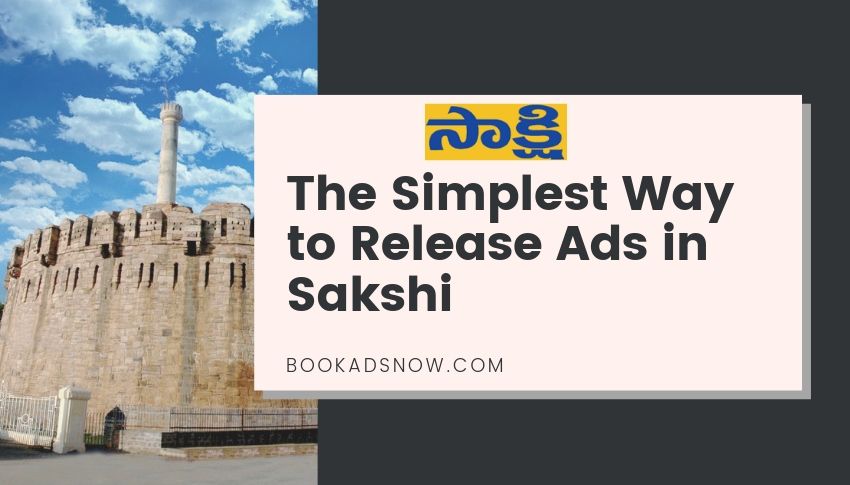 Sakshi is a comparatively young Telugu publication which had stepped into the media sphere on 24 March 2008. In fact, it is the first regional publication that is designed by a renowned newspaper designer, Mario Garcia. It is the very first element that gives this newspaper an edge in the media world. Operating under Jagathi Publications with HQ in Hyderabad, it was the first regional newspaper that rolled out publications from 23 cities in India- 19 from the then united Andhra Pradesh and four from Delhi, Bangalore, Chennai, and Mumbai. Furthermore, the record was acknowledged by the Limca Book of Records and it is the second newspaper in India to publish all its pages in colour.

Sakshi The Most Promising Newspaper in Andhra Pradesh

Sakshi has had a dream run since its inception in 2008. Prior to Sakshi’s launch in the market, the total readership of Telugu dailies as per IRS 2008-Round 1 was 1.88 crore. The market leader in Andhra Pradesh then enjoyed this wide gulf as both the newspapers in number 2 and number 3 position together could not match this number. The gap between Number 1 and 2 was that of 80.76 lakh readers! However, with the arrival of the Sakshi publication, the readership number had shot up, thereby making everyone take note of its arrival. The number of Telugu daily readers rose from 1.88 crores to 2.20 crore. Sakshi established itself as one of the top Telugu newspapers with 1.25 crore readers, thereby drastically slashing down the Telugu readership difference to just 21.45 lakh readers.

The publication today has a total circulation of 2,092,194 copies daily which has improved by 18,000 copies, supported by a base of 35 lakhs loyal readers. Hence, such facts will give every reason to the advertisers to release Sakshi advertising, thereby reaching the Telugu readers for garnering unbeatable viewership and better ROI. However, a world where everyone is in a hurry and rushing. Hence, is there a simpler version that will help the advertisers to book Sakshi advertisement without killing the precious time? We bet there is and you have precisely landed on the right place to gather information about the same.

Reasons to Tap on Bookadsnow for Sakshi Advertising

30+ Years of Experience: We have gained 30+ years of experience in the advertisement world, thereby making us an expert in this sector and enabling us to be well-acquainted with the nitty-gritty of the advertising world.

INS Accredited: INS accreditation works towards the credibility of the brand. Brands and media houses can trust us without the fear of getting cheated, thereby facilitating a healthy relationship with such bodies.

Skilled In-house Team: Bookadsnow would have remained without the presence of skilled in-house media experts who will guide you at every step to book newspaper Ads online. We will also provide you with the best Ad position to meet your requirement. With that being said, here’s the process to book newspaper Advertisement in the Sakshi via Bookadsnow.

The Process of Releasing Ads in Sakshi Newspaper

Step 1: Click on the Ad that you want to release from the given list of Ad types.

Once you are done with the process of booking Sakshi advertisement, our in-house media team will contact you and guide you with other details along with setting up a relevant budget for your Ad.