Sakal Advertisement- An Efficient Channel to Target the Marathi Audience 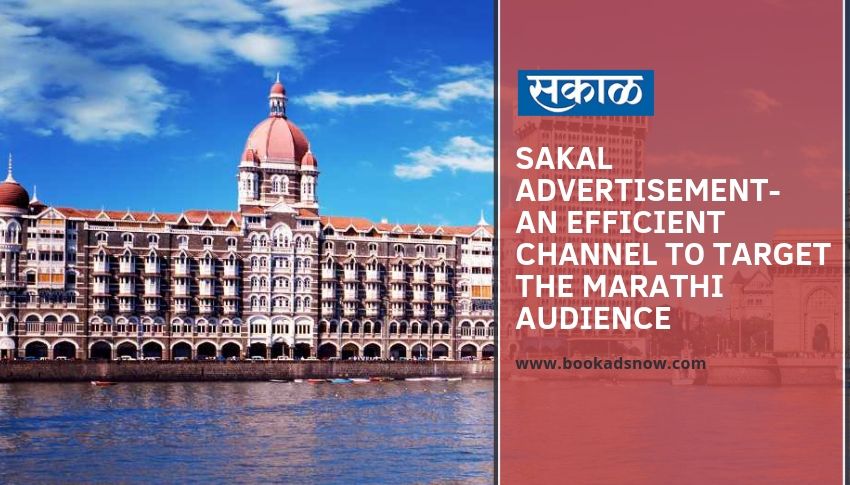 “People don’t actually read newspapers. They step into them every morning like a hot bath.”

Newspapers are precisely this important. Our morning cup of tea is quite incomplete without the quintessential dose of information catering to various genres from newspapers. Though it was predicted that newspapers would die by 2019, as we see it, it is still alive, running healthy with increased popularity. The readership of newspaper in India in 2014 was 29.4 crores which increased to 40.7 crores in 2017. Hence, these very statistics prove that newspapers are not dying anytime soon.

Given this fact, it is quite obvious that brands/businesses will incorporate newspaper advertisement as a part of their business growth strategy. Since newspapers are still popular in India and trusted by the readers for various reasons, indulging in releasing newspaper Ads is a smart decision. Furthermore, different regions in India enjoys different readership about which the brand must learn before releasing an Ad.

Maharashtra is one such state that enjoys a healthy newspaper readership even though it one of the busiest states in the nation. Being the industrial capital of the nation, brands/businesses makes sure to come up with impeccable Ad strategies to reach out to the huge population of the state.

Hence, which is the best Marathi publication to release Ads targeting the Marathi community?

Undoubtedly Sakal! Of course, there are other popular Marathi dailies as well; however, that should not give a reason for not releasing a Sakal advertisement.

Founded on 1st January 1932 under the ownership of Sakal Media Group, the publication has set positive and pro-people journalism across Maharashtra. According to the IRS report this year, the readership of Sakal has increased by 13.43 readers. Again, as per ABC, the circulation of the has increased by 12.92 lakhs. Such statistics in itself makes it clear that releasing advertisement in Sakal newspaper will help brands and businesses to target the Marathi community efficiently. Furthermore, the publication is published in the cities of Pune, Mumbai, Kolhapur, Sangli, Nashik, Aurangabad, Nanded, Parbhani, Solapur, Nagpur, Satara, Akola, and Jalgaon. It means that releasing Sakal advertisement will help brands/businesses to reach a wide population of Marathi readers in one go.

Hence, releasing an advertisement in Sakal newspaper has its own set of perks which is beneficial for brands who are intending to target the Marathi community.  Furthermore, to release Sakal advertisement in a few simple steps, you can contact Bookadsnow- an online Ad agency who have simplified the task of booking newspaper Ads. Not only will you be able to release an Ad within a few simple steps, you’ll also get a discount on Sakal Ad rate. Here are the benefits of releasing Sakal advertisement via Bookadsnow.

Perks of Releasing Ads via Bookadsnow