Why Will Dinamalar Reach The Maximum Number Of People In South India? 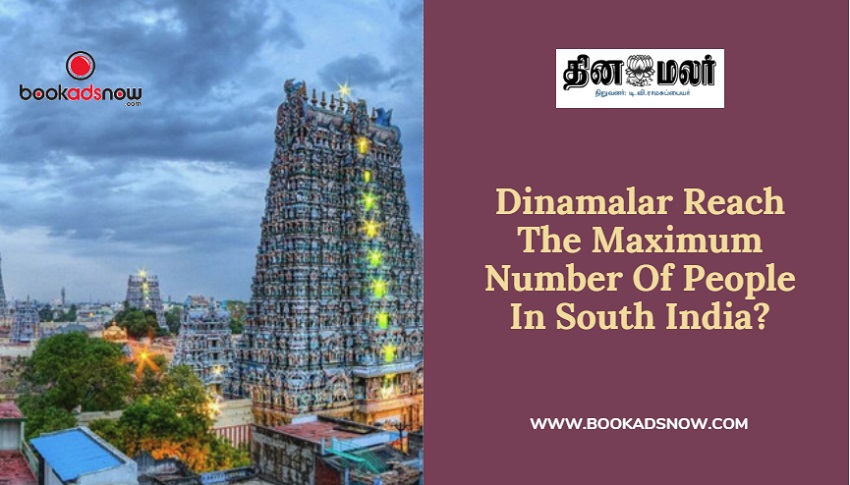 India is a fast-paced country with news emerging every minute. Be it party politics, the drop of the rupee, or the latest news in cricket; people are constantly in need of news. Newspapers are a beloved medium for Indians as readers to get an extensive information about an event which is important to them. There are a number of publications in India - some are published in English and many are published in the different regional languages of the states.

As one of the most literate regions in India, South India has a number of popular newspapers and Dinamalar is one of them. Dinamalar is one of the leading Tamil language newspapers in the country. It was founded on the 6th of September, 1952 by T. V. Ramasubbaiyer in Thiruvananthapuram. It is particularly noted for its exceptional skill in writing and their skillful journalistic endeavors when tackling subjects like politics, business, entertainment or sports with equal finesse. Unlike many other regional dailies in South India; be it Telegu, Tamil, Kannada, or Malayalam; Dinamalar has created a reputation for unbiased reporting which makes them a people’s favorite. Dinamalar slowly but steadily increased its editorial and printing units across ten cities in Tamil Nadu. These cities, therefore, come out with their own editions which allows the publication to address matters relevant to that particular city and region. The many editions also provide Dinamalar advertisement a chance to communicate and target their audience more meaningfully and effectively.

Reasons why Dinamalar is a good choice for Newspaper Advertising

As can be seen, a Dinamalar advertisement is one of the prime choices of advertisers who want to see successful campaigns.

A question that crosses everyone’s minds once they decide to place Dinamalar Ads is how they should go about booking an ad. It’s recommended that people employ ad agencies to place their ads as they are able to negotiate not only the best prices but also the best position and section in the papers for their client’s Ads.

Release Advertisement in Dinamalar through Bookadsnow

Bookadsnow is the go-to choice for advertisers across India. Bookadsnow is a media buying, planning and releasing portal which has earned a reputation for excellence created over thirty years in the media industry. Media houses across the country trust Bookadsnow as one of the most reliable and professional agencies they have worked with, which is why Bookadsnow is able to negotiate the best prices for their customers. Armed with their INS accreditation and a capable in-house media team, they are capable of carrying out any task irrespective of the difficulty or the magnitude of the campaign. Booking a display ad in Dinamalar has never been this easy. Bookadsnow has an online site through which you could place an ad. The entire process of booking an ad has been simplified down to a few simple steps or you could call them @ 9830400021 and avail of the in-house media team’s expertise.