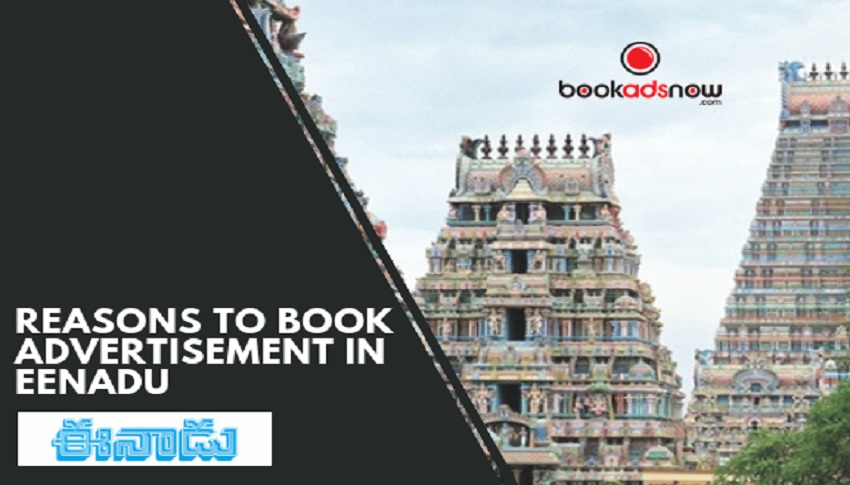 India is a unique blend and amalgamation of different cultures, where individuals tend to communicate in different languages across the various states of the nation. Hindi is the most widely used language of the country as it is one of the two official languages of the country. However, when we talk to people coming from the same cultural background or from the same region, we prefer conversing using the regional or local language. The same concept applies to newspapers as well. While most of us pick up English newspapers to keep ourselves updated about the events around the world, there is a different joy in reading a newspaper written in our local language. One is able to engage himself or herself more deeply with the content of the paper and understand it better.

Hence, this fact has given rise to numerous regional language newspapers thereby allowing the advertisers to release advertisement in newspaper in local languages. This way, the advertisers can target the regional newspaper readers better and educate them about their products or services to gain a better ROI.

With that being said, we feel Eenadu is one of the most popular regional newspapers with a loyal customer base owing to its exquisite journalism skill.

Launched in the year 1974 by Ramoji Rao from Visakhapatnam, while under the ownership of the Indian Express Group; the newspaper has amassed an unbeatable popularity in the present day in spite of insufficient financial backing and a lack of technology in its early days. However, with each passing day, they have adopted the power of modern technology and have built up a team of experts, thereby upgrading their form of presenting news to the Telugu audience.

Today, this Telugu daily enjoys its presence in 25 cities in India and is the 9th most popular regional publication amongst all the regional newspapers in the nation. With its HQ in Hyderabad, the newspaper has an average circulation of 18,07,998 backed up by a circulation of 17,84,227 on the weekdays and 19,55,367 on Sundays. Hence, the widespread circulation and humungous readership (1,58,48,000) of the publication encourages advertisers to publish the Eenadu advertisement.

However, can this be done by eliminating the tedious process of Booking Advertisement in Eenadu?

Shall we say that we have the secret that will bid the tedious process of booking advertisement in newspapers goodbye? The advertisers can now book the Eenadu advertisement through Bookadsnow - an online platform which represents the new age newspaper advertising agency.

But why should the advertisers tap on Bookadsnow for Eenadu Advertisement?

Years of Experience: With 30+ years of experience in the media sphere, Bookadsnow is a media planning, buying and releasing portal which is more than a simple newspaper advertising agency. One can book the Eenadu advertisement through us in a few simple steps, thereby saving a lot of time for other activities.

The INS Accreditation: The INS accreditation has enabled us to build a strong relationship with every media house across the nation on the national, regional and local level.

Expert In-house Media Team: Bestowed with a team of experts and proficient individuals, Bookadsnow has created a plethora of success stories for their clients, thereby gaining popularity with each passing year. They know the tips and tricks that will make sure that your advertisement in newspaper gets released as per the spot that you have demanded, thereby fulfilling your purpose of releasing Ads. Our experts will also guide you through every step of booking the Eenadu advertisements, thereby keeping all your confusions about the process at bay.

Negotiable Media Rates and Transparency: The best part about Bookadsnow is the fact that we have done away with the traditional media card rate. It is because we have the ability to negotiate the media rates with different publications on behalf of our clients. We tend to learn about the client requirements and accordingly provide them with a relevant budget. Plus, Bookadsnow believes in maintaining transparency with their clients to avoid any confusion by providing a hard copy of the newspaper to see the published ad.