Why is Zee TV the first Choice of Advertisers? 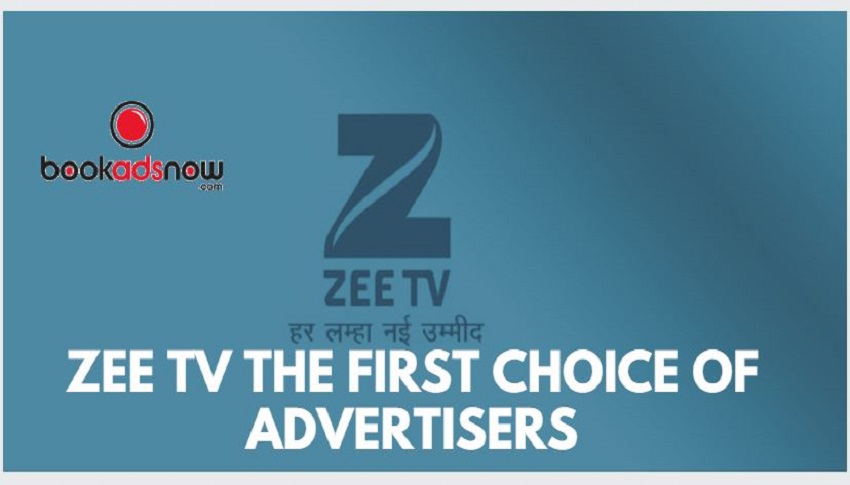 Television used to be a luxury but now it is slowly becoming a necessity. In an era where there are advancements made in technology every month, older technology may be discarded for newer improved technology. However, televisions are the exception in this case. Nowadays, as long as you have a color TV which works well, the other improvements of the television such as LCD/LED or being internet-able are not important. With the people of rural towns and villages also investing in the TV, it has become a wildly popular choice for businesses and advertisers as they can communicate effectively with their audiences through the television.

Television advertising brought about a revolutionary change in the advertising world. For the first time in history, advertisers were able to combine and use both sound and pictures to express themselves and appeal to their audiences in an attractive and compelling format. If a business wants to have an unparalleled reach and communicate to millions, TV is the medium of choice. India, according to a recent study, has over 780 million citizens watching television. With such high numbers, the television gives advertisers the opportunity to achieve the impact they want.

As a multilingual country, our regional language channels perform particularly well. This is especially true for Hindi entertainment channels. Zee TV is one channel which guarantees its advertisers the reach and ROI (Return on Investment) they had set out to achieve. The channel was launched more than 25 years ago on the 2nd of October in 1992. Owned by Zee Entertainment Enterprises, Zee TV is the first Hindi language cable channel to have been launched in India. It is a world-renowned channel as it is available in North America, Europe, Africa, the Middle East and others creating a reputation of excellence all over the world.

Here are a few reasons why Zee TV advertisements are such a favorite:

Zee TV advertisement has many advantages which make them the first choice for many businesses. However, when it comes to negotiating the high TV advertising rates, one may be more successful in securing a better price if one employs an agency. Bookadsnow is one of the best ad agencies to employ when booking a Zee TV ad. As they have over 30 years of experience in the industry, they have created strong ties with all the big media houses in the country like Zee Entertainment Enterprises. These relationships give them an edge over their competitors as Bookadsnow can secure the best prices in the market for their clients. Another advantage of hiring Bookadsnow would be that they do not maintain predefined rate cards as done by other advertising agencies. This means they have the ability to make great deals and are confident in their ability to get their customers the best prices in the industry. Having also earned the INS accreditation, you can believe in the veracity of their claims. Any questions or thoughts regarding the process can be easily answered by the in-house media team who are the best in the business.

You can easily book your ad online from their site www.bookadsnow.com or call them at 9830400021 and speak to their media experts directly.