Navbharat Times - a Hidden Gem for Education Advertisement in Newspaper 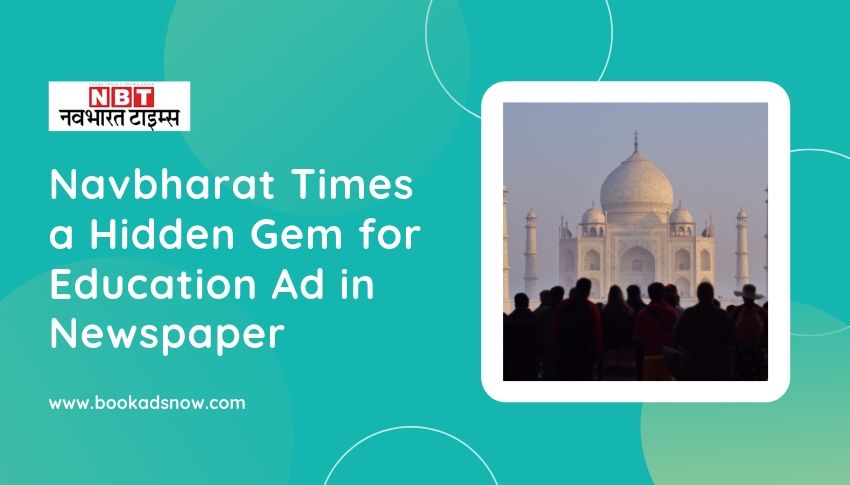 As per IRS 2017 and a survey report presented by Nielsen, India is one country where individuals still indulge in reading newspapers extensively. In fact, from 2014 to 2017, the nation has seen 11 crore readers getting added and indulging themselves in reading newspapers. While the number of readers was 29.5 crores in 2014, in 2017 this number increased to a whopping 40.7 crores. Hence, from here, you can probably fathom that newspapers have retained their popularity, contrary to the assumption that newspapers will become obsolete by 2018-19. Furthermore, Hindi dailies enjoy extensive readership. The readership has increased from 12.1 crores in 2014 to 17.6 crores in 2017. Hence, from this data, we can say that apart from, Hindi newspapers have their own set of loyal readers, thereby giving every reason to the brands/businesses to release advertisement in newspaper.

Which is the best Hindi publication for releasing education Ad?

Logically speaking, India is a land of Hindi newspapers, thereby making it difficult to say which is the best one. Of course, there are ones that experiences an extensive circulation and readership while some might not. These two factors determine the popularity of a newspaper and in this case, Navbharat Times- a Hindi publication qualifies royally. Why? We shall discuss it in the next section.

Navbharat Times (NBT)- a Hindi daily under the ownership of Bennett Coleman & Co. Ltd, is one of the largest circulated as well and read Hindi newspaper, especially in Delhi, Mumbai, and Lucknow. NBT is one of the oldest products of the media house, thereby making it one of their flagship products. With its HQ in Mumbai, the publication enjoys 4.23 lakh copies in Delhi and a strong readership of 19.7 lakh. In Mumbai, Hindi being the second language enables the publication to enjoy a circulation of 130,000 copies and attracts 470,000 readers. On the whole, it experiences a total circulation of 637,376 copies daily along with attracting 7641000 readers. With information catering to different fields, Navbharat Times allows the advertisers to release Navbharat Times advertisement of various nature. Hence, releasing Navbharat Times advertisement catering to education will carve out the channel for the organizations to hire the right candidate and will also enable an individual to get his/her dream job.

Apart from that, the publication comes with a set of supplements complementing the main issue, thereby helping the advertisers to garber a better viewership. It comes with-

Hence, these reasons clearly lay down the fact that Navbharat Times advertisement in Delhi will always act in favour of the advertisers and help them to earn the targeted ROI. What’s more? The modern technology has made the task of releasing newspaper advertisement easier, thereby not only saving your time but also helping the advertisers to achieve their set ROI. This is only possible if you as an advertiser choose release education advertisement in newspaper via an Ad agency. Hence, comes the main question.

Who is the Best in the Crowd of Navbharat Times Ad Agencies in Delhi?

The answer is simple. Bookadsnow! But why Bookadsnow of all the agencies? There are some valid reasons. Apart from simplifying the process of booking newspaper advertisement online within a few simple steps, here are the reasons that helps Bookadsnow to stand out in the crowd.