Why Choose Republic TV for your Advertisement? 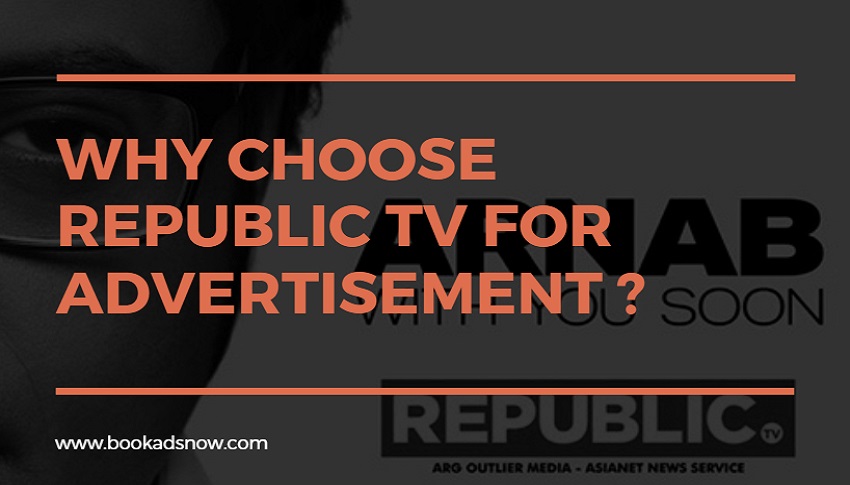 Television is a powerful medium. Before its birth, the radio and newspapers were the channels of mass communication which were great but we were missing something. The lack of visual presentation from the radio and the delay in a news release from the newspapers were the main drawbacks to these mediums. When the Television appeared, it was a revelation as it was not found lacking in either criterion. Unlike the radio, its audience had the benefit of listening and seeing while there was prompt news reporting unlike the delay faced from newspaper services. In fact, the Television’s biggest positive characteristic is that it engages and appeals to our senses. As it gained in popularity, the television soon turned from a luxury into a necessity.

In fact, this has been proven to be even truer with the advent of the Internet. According to the Broadcast Audience Research Council (BARC), TV viewership in India has gone up by 12% since 2016. This is not withstanding the rise of internet viewing platforms like Hotstar and Netflix. This survey reports that there is a 7.5% increase in the number of T.V. owning households in India which is about 197 million in 2018. The number of TV watchers also increased by 7.2% which resulted in 836 million watchers as of 2018. These growing statistics are encouraging the growth of the industry and creating content in the form of shows to satisfy their audiences.

Therefore, it comes as no surprise when I say that television advertising is one of the most effective methods to communicate with your audience. Many could even say that TV advertising revolutionized the advertising industry.

Here are a few advantages of television advertising:

So where exactly should you place your TV ad?

Well, unless you have a much-targeted audience such as children from the ages of 5-10 or homemakers in a particular state, news channels are always a great platform for showcasing services and products. First, everyone watches news channels - young or old. Second, as long as your ad is family-friendly and appropriate, most services and products may be advertised here. Last, it’s the one channel that people trust and keep coming back to.

Republic TV is the Best Option for Television advertising

Republic TV is currently one of the most popular channels airing due to their charismatic presenter - Arnab Goswami. It was launched only a year ago on the 6th of May, 2017 and has broadcasts from its studios in Mumbai and Bangalore. The channel is owned in a shared partnership between Arnab Goswami and Rajeev Chandrasekhar. Within the first week of airing, Republic TV became the most watched English news channels in the country with 2.11 million impressions. According to BARC, Republic TV has captured almost 52% of the viewership in the English news channel category. As such, Republic TV Advertisement guaranteed to have a high viewership and draw the response you want from your audiences. When you start the process of booking a Republic TV advertisement, hiring a TV ad agency is the best way to ensure you get the desired spot and length on the right channel at the best costs.

Bookadsnow is a media releasing, buying, and planning portal which is more than capable of getting you the best spot and timing for your Republic TV advertisement. Bookadsnow has more than 30 years of navigating the deep waters of the media industry and has created a reputation of excellence in those years. This has earned them an INS accreditation and the trust of media houses across the country. They have the best media insights when it comes to television advertising and can help with your television campaign and brand positioning. Their in-house media team is capable of providing you with insightful information and strategies to help you achieve your desired ROI. They have also simplified the process of booking TV Ads so that you can book your ad online in a few simple and easy steps from your office or home, on their website - www.bookadsnow.com or you could call them at 9830400021.