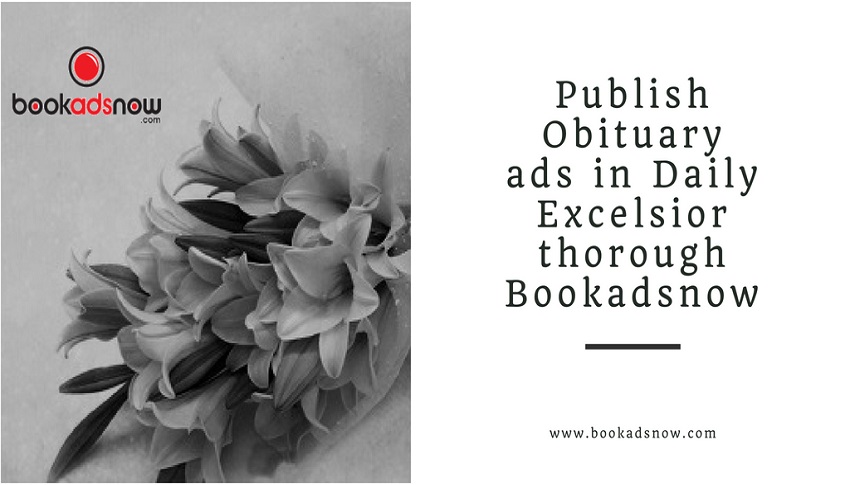 Dealing with the death of a loved one is hard, letting those concerned knows of the death is also as hard. How are you sure that you have reached out to all those who want to know? Have you been able to email, call, or message every single person that needs to be informed? Obituary ads are a reliable and safe way of informing distant family member or friends of the deceased of the news. Obituary advertisements reach out not only to those you were not able to inform but also those of whom may have at one time been a close friend and have drifted apart with age. Releasing an obituary ad is both an expression of grief and an announcement, needed by the advertiser and those reading it in the papers.

To make sure that you reach the right people and that the people who need to know to get the information, choosing the correct paper is important. The region and reach of the newspaper you are releasing the obituary advertisement it is important. If you are in the Jammu and Kashmir region then the Daily Excelsior is the best choice for you. Being the largest circulated daily paper in Jammu and Kashmir, the Daily Excelsior obituary ad is sure to inform those who need to be informed. As the leading English daily in the region, the Daily Excelsior obituary will cast a wider net than any other newspapers and be a cost-effective option for you.

There are different types of obituary advertisements which can be released in the Daily Excelsior:

Obituary ads are a sudden announcement and are never pre-planned. Therefore, the newspapers, as well as newspaper advertising agencies such as Bookadsnow, are always prepared and equipped to publish an ad when and where you need.

Bookadsnow has a no of qualifications which make them the leading choice for your advertising needs:

Bookadsnow is the best choice when choosing to place Daily Excelsior obituary ads. Its many qualifications promise to be the smarter and faster option when placing an ad.