Benefits of Television Advertising to Get More Sales and Faster Profits 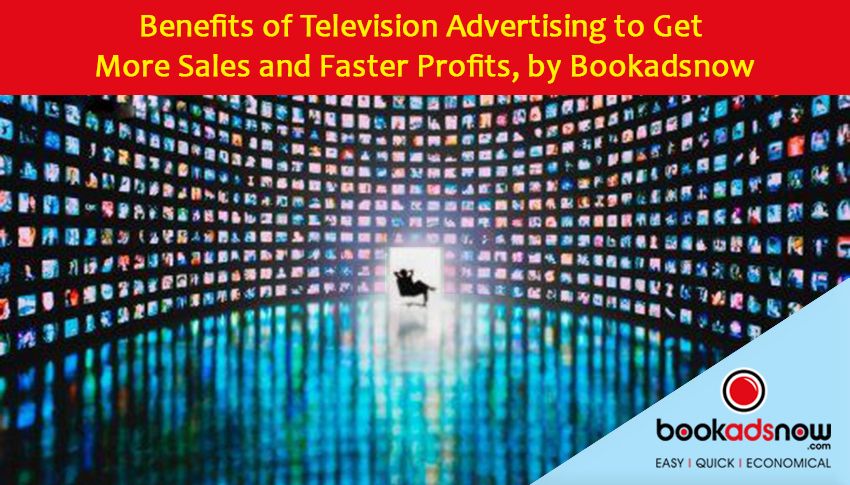 Despite the Internet’s steady rise in popularity over the course of the last few years, television remains the dominant medium in most households worldwide. As per multiple studies, it is shown that on average a person spends about 4 hours a day in front of a television making ‘television watching’ one of the most common leisure activities of modern day society. Owing to this fact is it any wonder that tv advertising is also one of the most powerful forms of advertising?

Advertising on television allows you to portray your business, products, and services to a large audience. You can show how your product or service basically works and how your products are packaged so prospective customers would know what to look for when looking to buy your products or avail of your services. Effective advertising often requires multiple touch points to effectively influence a customer’s purchasing behavior.

The advantages of a well-made television advertisement:

To create effective tv advertising it’s always better to have a good script that highlights a unique offer. The distinct benefits of advertising on television include:

With the arrival of Cable Television and DTH came lowered production costs and tv advertising rates thus giving you the opportunity to reach smaller more targeted audiences, which in turn became an ideal environment for small to medium-sized businesses to advertise as well.

What Bookadsnow brings to the table when opting for television advertising: -

Ad monitoring: Bookadsnow has a unique in-house ad monitoring facility which allows you to now monitor your ads so as to check if your ad is being aired during the time slots that you have chosen to run on your preferred channels. This facility helps you to reach more unique viewers thus increasing the reach of your advertisement.

Competition Monitoring: With this facility, you can also monitor what your competitors are doing when it comes to TV advertising so that you can tweak your ad to compete effectively. For example, if your competitor changes their ad preferences from the morning slot to prime time you will be the first one to get to know.

Booking a television ad has been made extremely easy with Bookadsnow. You can now choose from an array of channels and time slots including prime time ad slots immediately and pay the best tv advertising rates for these slots online via a secure online payment portal. Visit www.bookadsnow.com to book your ideal television advertisement today!