3 Reasons Why You Should Book Flowers TV Malayalam Ads 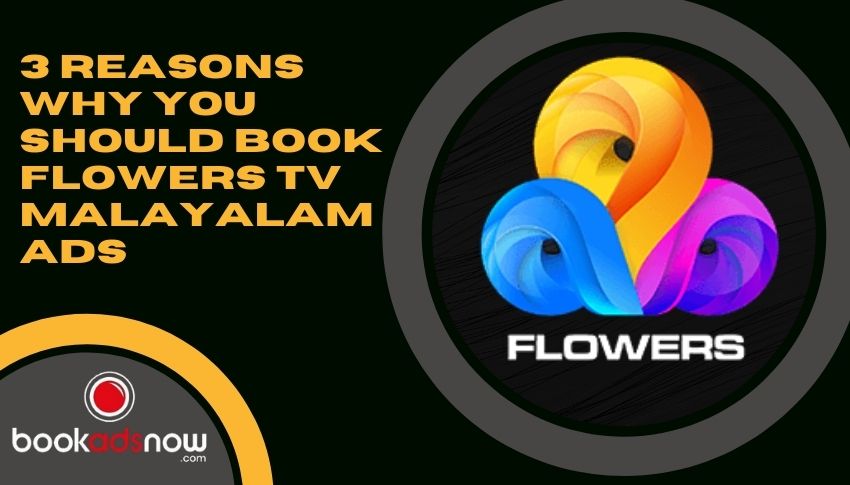 If used correctly, a mere matter of 15 seconds can work wonders. Being the average length of a television advertisement, it is a critical period during where one can influence, persuade or inspire others to take action. Releasing a Flowers TV advertisement is one way to get relevant eyes to your message. But how does one make a TV ad more effective in the first place?

Despite these, remember that TV advertising can be beneficial only through careful planning and smart use of the medium. Since video is especially popular today, a television’s credibility and household status make it a staple for advertisers striving to promote brand awareness or gain more leads. Flower TV ads are especially useful (for advertisers trying to reach Malayali audiences) when it comes to the same.

Reasons Why a Flowers TV Advertisement is Your Best Bet

Even with the tips mentioned at the top, it would be of no consequence if nobody saw the ad. You need to choose a channel that boasts strong viewership and is largely preferred by your target audiences. It needs to be favoured for its serials and shows which can then be leveraged to create a stronger and more engaging impact. Hence, releasing Flowers TV ads is your ideal solution.

These 3 features will shed light on the same.

1. It has changed the visual perception of Malayali audiences

The fresh look and feel combined with quality programming make it perhaps the best destination for releasing Malayalam advertisements. Transforming the media scene since its inception, it has curated a visual feast for families through its variety of programmes. Its reality shows like Star Challenge and Comedy Super Nite have become favourites since viewers can watch popular film stars take the stage as presenters and contestants.

2. It is backed by enviable statistics for even more preference

Did you know that this GEC channel has 107,048,000 weekly viewers? Imagine those numbers used to promote your brand. With a Flowers TV advertisement, your issues of reach and impact cease to exist. Another pointer worth mentioning is that its YouTube handle – Flowers Comedy – is the 2nd most subscribed channel on YouTube that has Malayalam as its primary language. Being popular among the Malayali audience, this channel will surely impress advertisers.

Last but not least, its preference also lies in the fact that it serves world-class entertainment on a platter for viewers. Whether creative storylines, exceptional treatment or aesthetic inputs, the channel keeps pace with the latest in quality and presentation. This justifies the position of a Flowers TV ad as a cut above the rest when it comes to reaching Malayalam-speaking people. Hence, choosing this channel is sure to pave the way for better ROI!

This 24-hour television channel came into existence on the 12th of April, 2015, and has always catered to the entertainment needs of families. It is available in Middle Eastern countries and as per BARC data in 2017, it has ranked in the top 5 lists based on the first 8 weeks. With a Flowers TV advertisement, you can make your brand objectives a reality.

And for tailormade assistance along the way, Bookadsnow has got you covered.

Get in touch to learn more about lucrative television advertising can really be!