Which Bengali Newspaper Should I Choose To Get Better ROI? 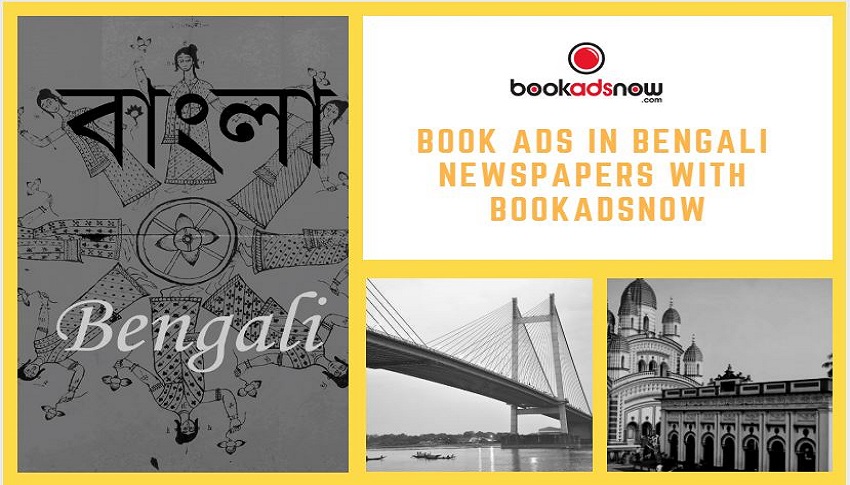 Bengal has been a vibrant and spirited state throughout history. It’s been the nexus point for many political, cultural and social developments. Its rich history complements the identity of the state as a cultural and intellectual gem of the country. Having issued luminaries like Rabindranath Tagore, Amitav Ghosh, Pandit Ravishankar, Amartya Sen, Jagdish Chandra Bose and other; Bengal’s claim of being a center for creative intellectual and cultural innovation whether it be in literature, science, music, movies, theatre, Politics etc. is substantiated.

Given the Bengali propensity for the written word, the state has many regional dailies which have their own coterie of devoted readers. Here are the Bengali newspapers that you can find in the region-

The list gives one a bewildering list of papers to choose from if you are looking to place an ad whether as an individual or as a corporate. How do you know which one to choose? Which one will give you the best reach? Does your target audience read the paper? Will the prices be exorbitant? Will you be getting the ROI (return on investment) that you have mapped out?

This blog will clarify which Bengali newspapers have the best chance of giving you a better ROI when you are looking to book newspaper ad in the papers.

As one of the oldest papers of India, it has the devoted following of many Bengalis. As a pre-independence paper started in 1922, Anandabazar is popularly known for being the ‘Voice of Bengal’ ensuring that the people were at least informed of the news of the turbulent times. You will find many advertisers placing an Anandabazar Patrika advertisement.

Here are the characteristics which ruled in their favor:

A relatively new entry to the newspaper industry, Ei Samay has a distinct tone and attitude towards news reporting. An imprint of the Times Group, it is owned and published by the Bennet, Coleman, & Co. ltd. Ei Samay is especially targeted towards the young adults of 20 to 35. Even though it is a younger publication, there are many who invest in Ei Samay advertisement. Here’s why

Bookadsnow is an ad agency based in Kolkata with over 30 years of experience. Media houses trust and acknowledge Bookadsnow as one of the leading ad agencies of our times. These ties work in your favor as an advertiser since ad rates are flexible and our agents are able to negotiate the best rates, positions, and even sections on your behalf. With their INS accreditation and policy of transparency, you can be assured of your ad handled by competent hands.